ATP: Nole dominates the list of top achievements in 2011 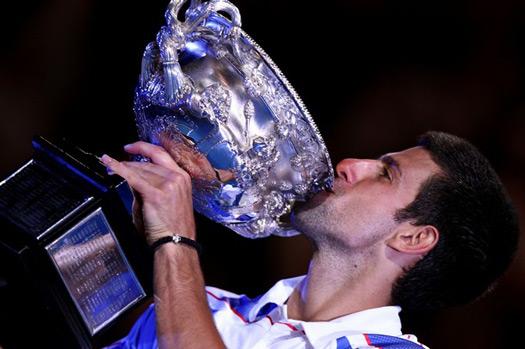 ATPWorldTour.com revealed the top 10 achievements of the 2011.

After putting together one of the best seasons in ATP World Tour history, it’s no surprise that Nole dominates at nos.1-3.

Through the first five-plus months of the season, the Serbian star proved to be unbeatable, building a 41-0 start unparalleled since John McEnroe’s effort back in 1984.

Though Novak finished one match win shy of the American’s record, defeated by Roger Federer in the Roland Garros semi-finals, McEnroe held his accomplishment in the highest regard. “Given that there’s more competition, more athleticism and deeper fields now, I’d say his record is even more impressive than mine”.

Consider these incredible statistics from Nole’s streak: His seven titles included the Australian Open and four ATP World Tour Masters 1000 tournaments. In all four of those Masters 1000 events, he defeated at the time a no. 1-ranked Nadal in the final. He had 11 wins over top 10 opponents, including three against Federer and one against Murray.

He began his campaign in Melbourne in impressive form, dropping one set en route to the Australian Open title, including straight-sets wins over Federer in the semi-finals and Andy Murray in the final. He won the Wimbledon title with victory over defending champion Nadal and ascended to no. 1 in the ATP Rankings. He clinched the US Open title in dramatic fashion, saving two match points against Federer in the semi-finals and prevailing against Nadal in an exceptional final.

The 24-year-old Belgrade native set a new record for the number of ATP World Tour Masters 1000 titles won in a single season when he claimed five in 2011 – in five straight appearances (Indian Wells, Miami, Madrid, Rome and Montreal).