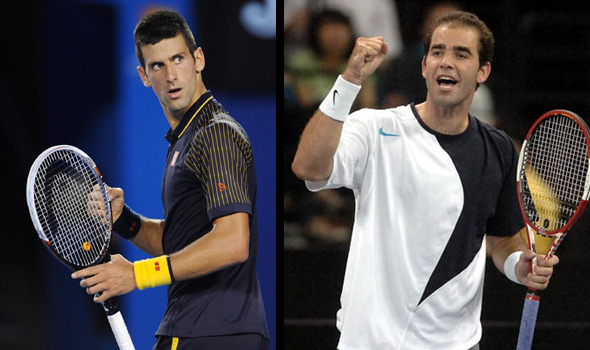 Novak will also play against former world top 10 player Mardy Fish in a singles match at the event being co-hosted by Fish and former ATP player and Tennis Channel broadcaster Justin Gimelstob.

The star-studded night of exciting matches comes just days before the start of the first ATP World Tour Masters 1000 tournament of the season, BNP Paribas Open in Indian Wells.

“I am very excited about playing professional tennis in Los Angeles for the first time on March 4, at the LA Tennis Challenge”, Novak said. “To be playing against my good friend Mardy Fish, and partnering with my childhood tennis idol, Pete Sampras, against the no.1 doubles team in the world will be an amazing experience. In addition, to be able to help raise valuable funds for so many wonderful charities in the process will certainly make being at the newly refurbished Pauley Pavilion, the place to be Monday night, March 4.”

The most successful doubles duo of all time, the Bryan Brothers, are very comfortable on the UCLA campus having won an all-time best six doubles titles at the Los Angeles Tennis Center and former home to the Farmers Classic.

“We will need to be sharp in order to beat two legends of the sport. Novak Djokovic and Pete Sampras are going to be a tough team, but we are looking forward to the challenge of playing two of the greatest players of all time”, the Americans who won gold at the 2012 Olympics and have won an all-time record 83 ATP World Tour doubles titles said.

The event will be broadcast by Tennis Channel in the United States.