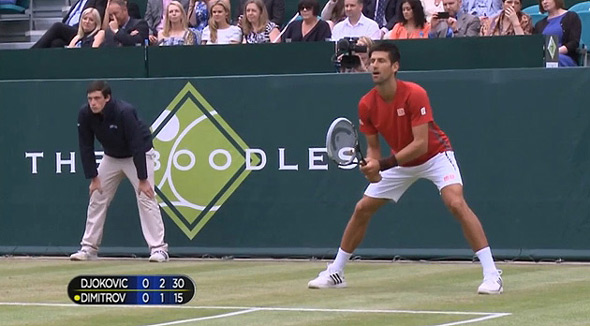 Serbian world no.1 Novak Djokovic stepped up his preparations for Wimbledon by beating Bulgarian Grigor Dimitrov 5-7, 6-2, 10-6 on the third day of The Boodles Tennis Challenge exhibition event at Stoke Park in Buckinghamshire.

The sets were split between the two players and Novak won the super tiebreak decider.

The match was played in friendly spirits. Nole and Grigor were interacting with the crowd, entertaining them with attractive points, jokes and imitations. 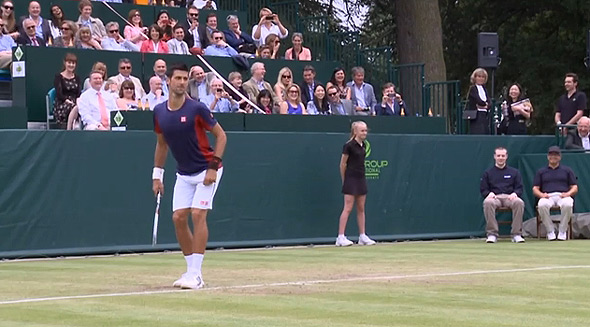 You can watch the full match below:

The Boodles is played a week before Wimbledon, making it the perfect opportunity for players to polish their grass court games and get acclimated to the surface and weather.

The Gentlemen’s Singles Draw will be released on Friday, June 21.