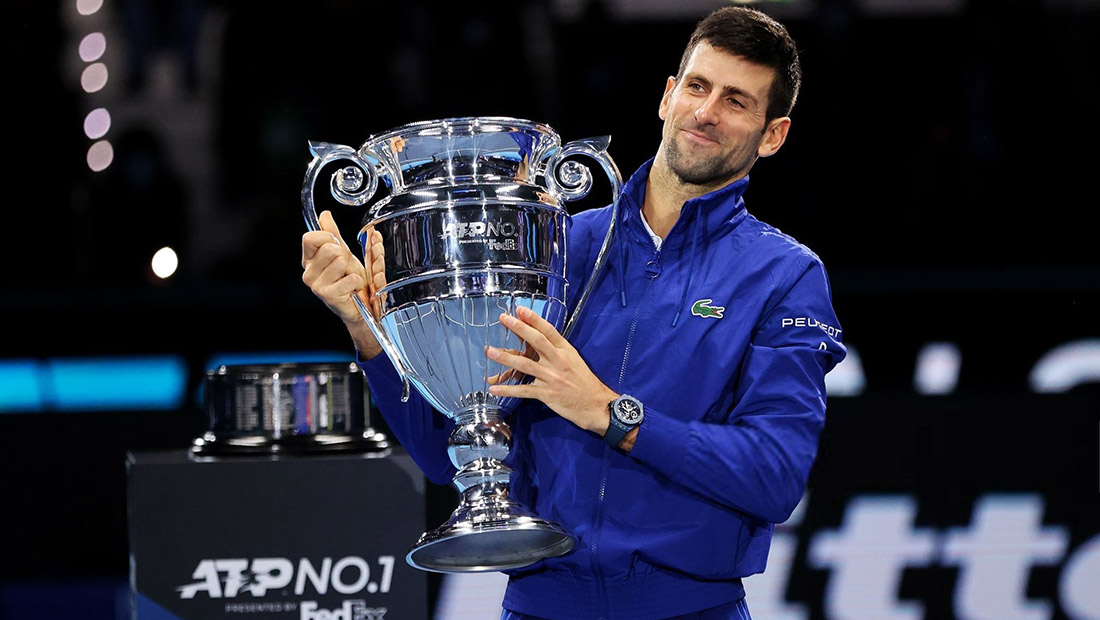 Nole presented with year-end no.1 trophy for a record seventh time!

Following his opening win at the Nitto ATP Finals against Casper Ruud on Monday, Novak Djokovic was presented with the 2021 year-end ATP no.1 trophy during an on-court presentation at the Pala Alpitour in Turin.

Novak has clinched the year-end no.1 ATP Ranking for a record seventh time!

“It’s a thrilling sensation breaking the record of Pete Sampras, who was my childhood hero growing up,” Djokovic said. “He was the one I looked up to the most, the one that got me going with tennis. At times it seems surreal to really be where I am, and I’m blessed and grateful to be in this position.”