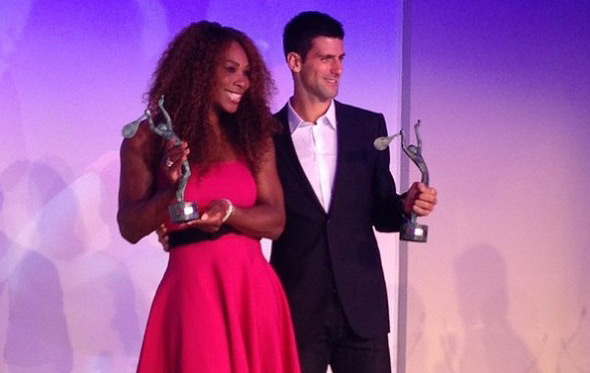 Serbia’s world no.1 Novak Djokovic was presented with the Men´s Singles World Champion Award during the ITF World Champions Dinner at the Pavillion D´Armenonville on Tuesday evening in Paris.

The ITF handed out awards to the best in singles, doubles, juniors and wheelchair tennis, for their achievements in 2012.

The All England Lawn Tennis Club (AELTC) received the ITF’s highest accolade, the Philippe Chatrier Award, as a recognition of its contribution to tennis ever since it opened its gates for its first tennis championship in 1877.