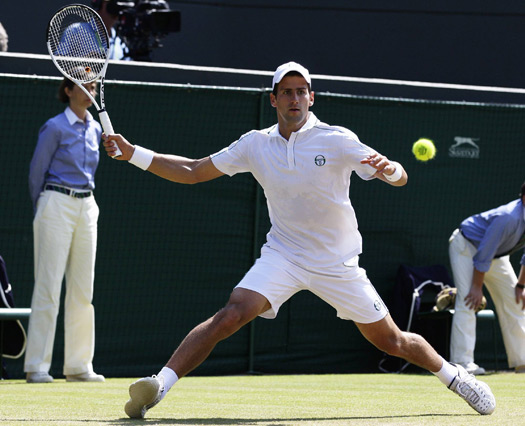 16. 06. 2011. · World no.2 Novak Djokovic played an exhibition match with Gilles Simon at the The Boodles Tennis Challenge, an international five day tennis event held in the beautiful grounds of Stoke Park Club in Buckinghamshire, England.

The event was founded in 2002, to help players work on their grass court skills in the lead-up to Wimbledon.

This year The Boodles is marking 10th anniversary. It is one of the highlights of the summer social circuit thanks to its luxurious surroundings and an opportunity to get close to the tennis action. It is all about world class players and world class hospitality.

The third Grand Slam of the season begins on Monday, June 20, and concludes with the men’s singles final on July 3.