Nole voted US Sports Academy’s 2011 Male Athlete of the Year! 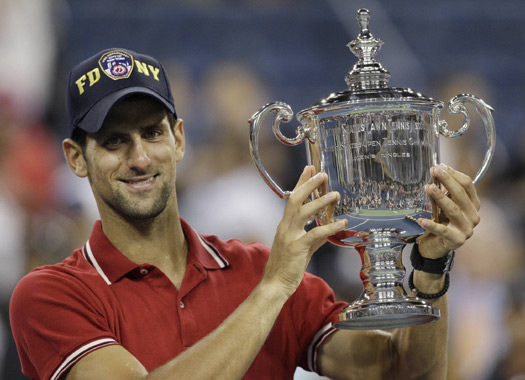 The world no.1 tennis player – Novak Nole Djokovic of Serbia – and the world’s no.1-ranked women’s golfer – Yani Tseng of Taiwan – are the United States Sports Academy’s 2011 Male and Female Athletes of the Year.

These two top-ranked standouts, who dominated their sports during the past season, were chosen by hundreds of thousands of sports fans worldwide in online balloting from Dec.1 to Dec.19. It is the 27th consecutive year that the Academy has conducted the Athlete of the Year award in conjunction with USA Today and NBC Sports.

Novak completed one of the best seasons in men’s tennis history by winning 10 titles, including three Grand Slam trophies – the Australian Open, Wimbledon and the US Open. The 24-year-old Serbian star became only the fifth player in the open era to win three majors in a calendar year and also captured a record-breaking five ATP World Tour Masters 1000 titles.