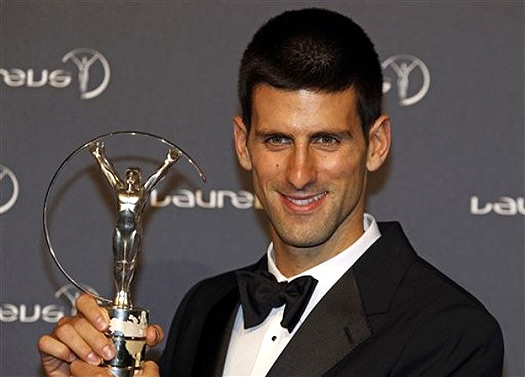 Nole has been named the Sportsman of the Year for 2011, at the Laureus World Sports Awards!

At the Ceremony, staged in the heart of London at Central Hall, Westminster, the world’s best player, winner of 10 titles last year and reigning Australian Open champion, has won the top honour seeing off competition including stars like Lionel Messi, Usain Bolt, Dirk Nowitzki and others.

“Thank you for this great award.

I am beyond words to describe how i feel tonight. Just to be in the same room with the world’s greatest athletes, whom I will allow myself to call “LEGENDS of the sport“ is a great honor and privilege.

Well, then, you can imagine how honored I feel right now to be entitled to hold this award, and to be called the World’s sportsman of the year. This award means a lot to me, my team, my family, and my fans around the world.

I will use this opportunity to thank the Laureus Foundation for doing a great job around the world. Sport is indeed an inspiration and motivation to many of us, the language we all understand and love.

I hope that my example can send a powerful message to all the kids around the world. I was also a kid who grew up in a poor country, torn apart with war, kid who dared to dream about becoming the world’s best athlete. And yet, I stand here in front of you tonight, with this special and dear award, and hope that each kid dares to dream, and choses this path that I chose. Sport is something that every society should nurture, and this is what Laureus stands for. I will make sure on my side that the message is conveyed and that sport stays as pure as it is today.

Thank you for considering me for this award, and for honoring me to take it home with me tonight.” 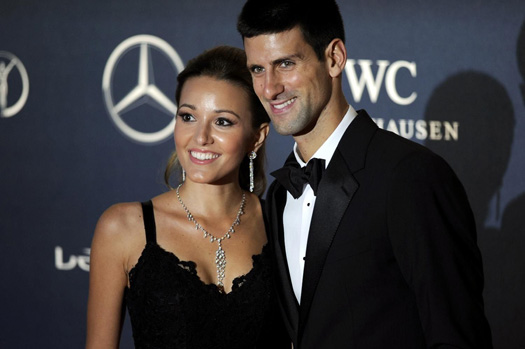 Vivian Chariot won the Sportswoman of the Year award, voted by 47 legends of sport.

Laureus World Sports Awards are given annually since 2000 to sportspeople who have been outstanding during the previous year.