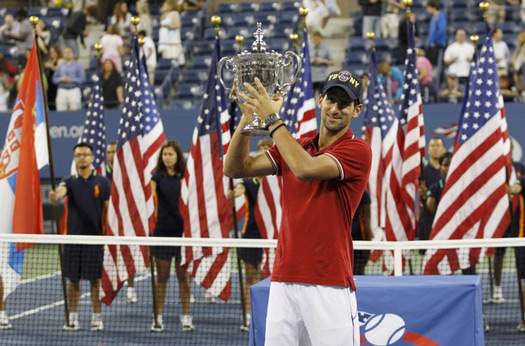 Nole, who won three of the four Grand Slam titles this year, and has finished the 2011 season as world no.1, is one of 12 men nominated for the United States Sports Academy’s 2011 Male Athlete of the Year.

Novak was named the Academy’s September Athlete of the Month earlier this year.

The 27th annual award is done in conjunction with USA Today and NBC Sports. Worldwide online voting begins on December 1 and runs through midnight December 24. The winner will be announced on December 25.