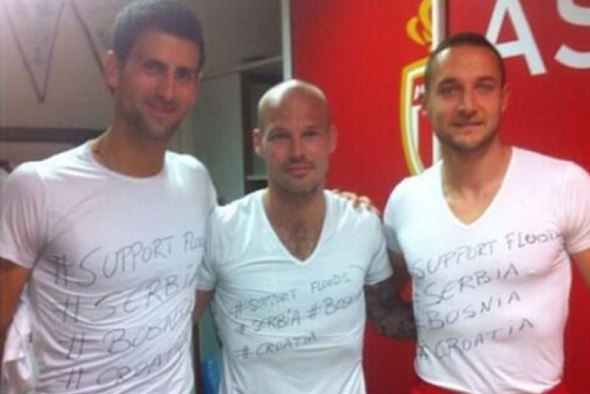 Novak continues to raise awareness of the catastrophic floods in the Balkans.

Serbia’s world no.2 Novak Djokovic took part in traditional football match in Monte Carlo, a charity event for children around the world that involves sport stars and Formula 1 drivers.

He reiterated his appeal for aid for Serbia, Bosnia and Herzegovina and Croatia, which have been hit by unprecedented floods. 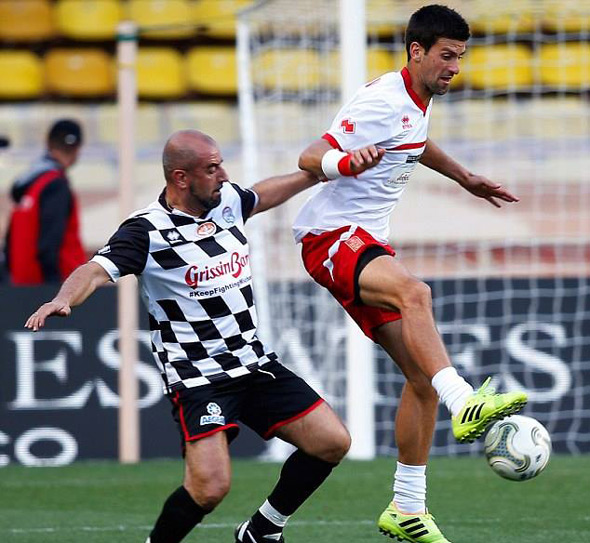 Nole was wearing a T-shirt with a message of support to flood-hit Serbia, Bosnia and Croatia, and former Swedish football international Freddie Ljungberg and Servette FC’s Neven Markovic followed suit.

After winning his third Rome title on Sunday, Novak dedicated the victory to his flooded homeland and donated his entire check from the tournament to relief efforts.