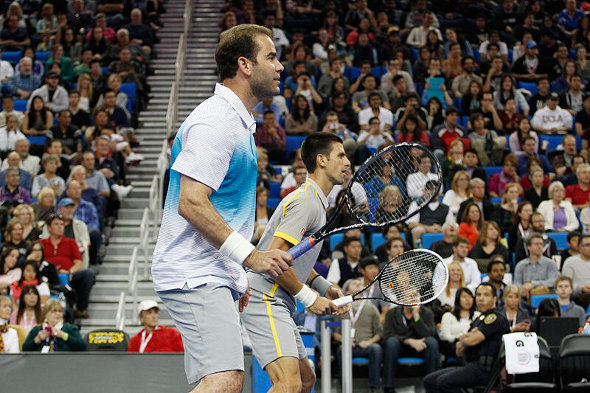 World no.1 Novak Djokovic teamed with his childhood idol, the 14-time Grand Slam champion Pete Sampras, for some doubles action against Bob and Mike Bryan at the inaugural Los Angeles Tennis Challenge charity exhibition on Monday evening, just days before the start of the first ATP World Tour Masters 1000 tournament of the season, the BNP Paribas Open in Indian Wells.

The top-ranked team won 10-7 in an exciting match that thrilled 8,500 fans at renovated Pauley Pavilion.

Nole enjoyed teaming with Pete, whom he credits for getting him interested in the sport as a child when he watched Sampras win one of his seven Wimbledon titles.

Novak also played former world no.7 Mardy Fish in a singles match and won a tiebreaker
7-2 in the American’s return to the court after a six-month absence. 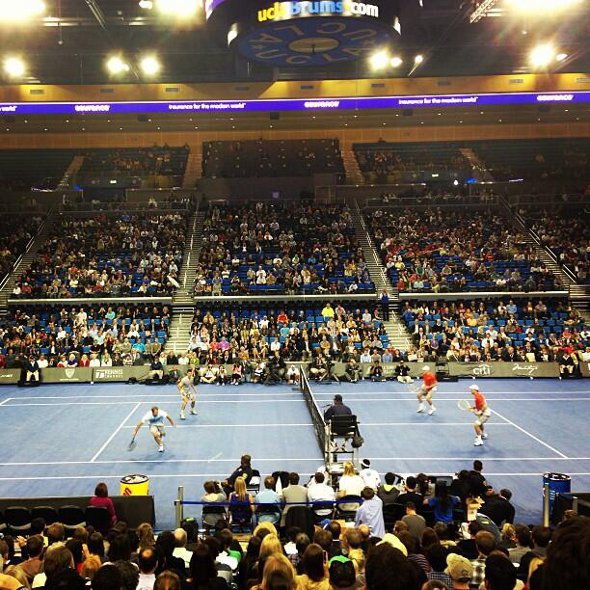 A local Serbian Saint Sava church wanted to do something special to welcome Nole, so a Serbian dance troupe in traditional garb emerged and performed a traditional dance. Novak put on a great show joining them before the match. 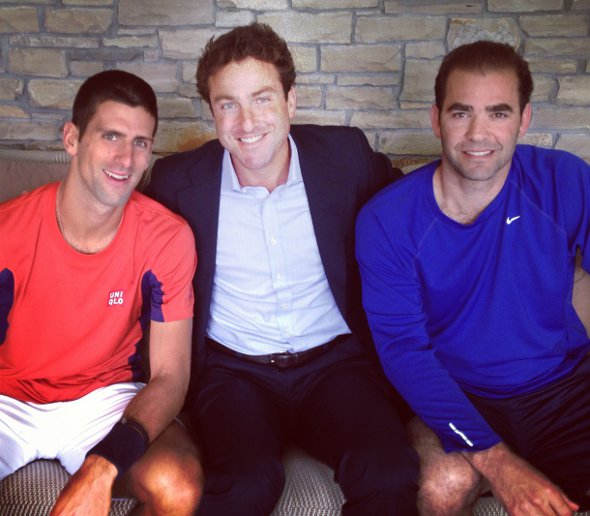 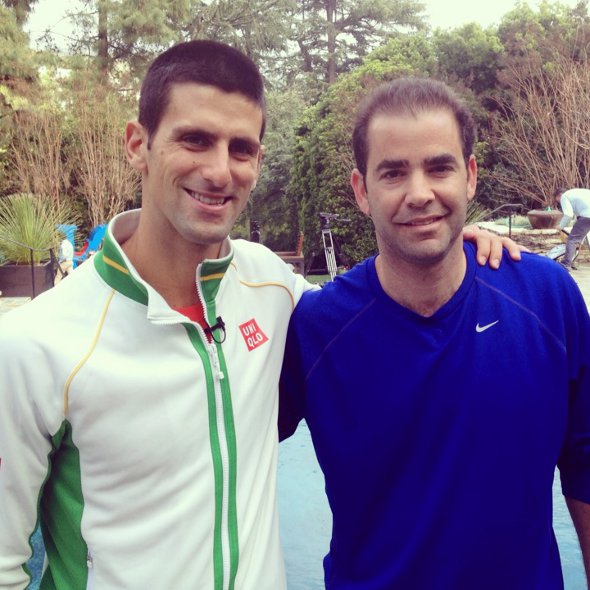 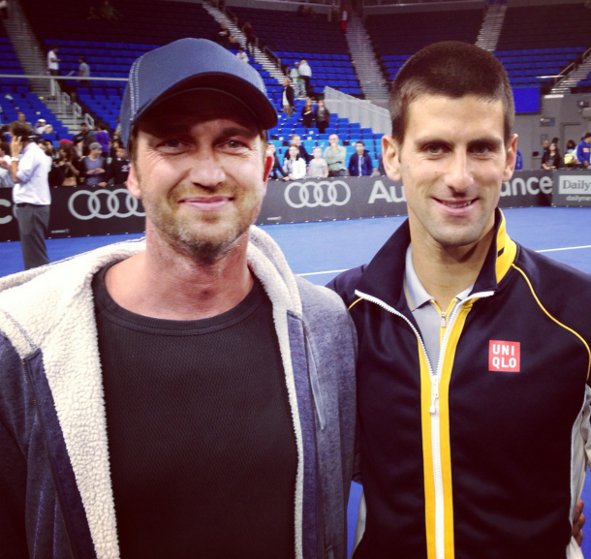 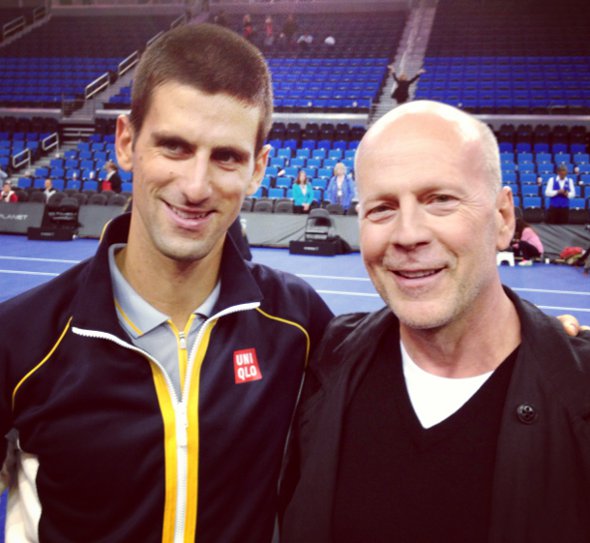