OCS: Nole declared the best athlete of Serbia in 2010! 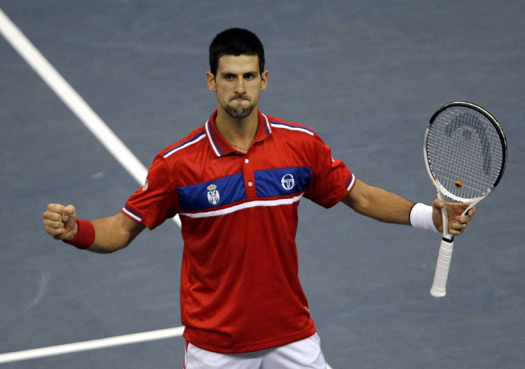 “I would like to thank the Olympic Committee of Serbia for this important award for the best athlete in Serbia in 2010, which obliges me to give my maximum in years to come, in order to justify the title of the best athlete in the country. The 2010 has been crowned with the world champion trophy in the Davis Cup, the reason I’m bold now, but I’d do everything for Serbia and Serbia’s glory,” said Nole in a video message recorded in Monte Carlo, where he is preparing for the next season which he will start on January 2, 2011, at the Hopman Cup in Perth.