Popularity contest Oscar: Nole sportsman of the year in Serbia! 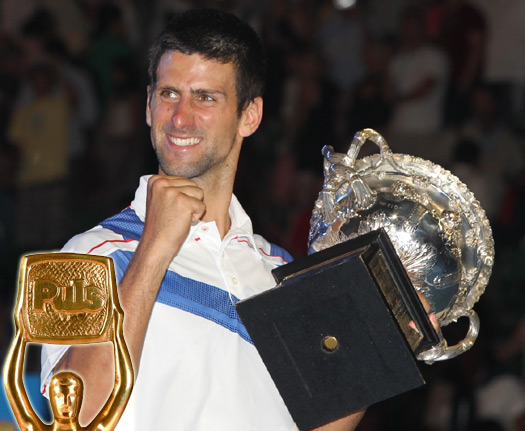 For the second year in a row, Novak Djokovic has been voted SPORTSMAN OF THE YEAR in Serbia at the popularity contest Oscar. The event was held in Belgrade’s Sava Center on Tuesday, February 1.

Given that he was not able to come and take over the award for a well-known reason (winning the Australian Open title), Nole thanked everyone who voted for him via interesting video message, in which you’ll also hear Novak’s PR manager, Benito Perez Barbadillo, speak Serbian.

“Good evening everyone. I’m really glad I’ve won the Oscar popularity contest award for the second year in a row. Oscar is significant to me because I know the winner is decided through audience votes. Thank you very much and have a good time tonight”, said Nole in his address.

In the organisation of “Puls” magazine awards were given in 18 categories.