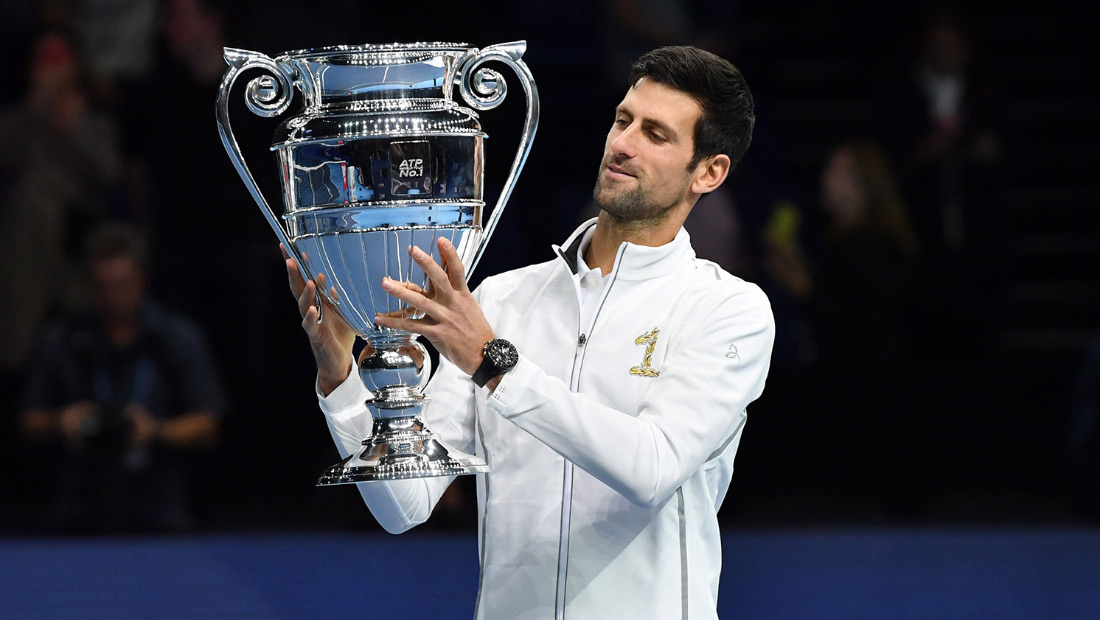 Winners of the 2018 ATP World Tour Awards presented by Moët & Chandon have been revealed on Friday at the Official Launch of the Nitto ATP Finals.

Novak has been named among the recipients after another remarkable season and comeback to the top of the world rankings. Djokovic will receive the 2018 year-end ATP World Tour no.1 trophy this Sunday at The O2.

He has also been selected by fellow players as the Comeback Player of the Year following his historic return from elbow surgery and a no.22 ATP ranking in June to clinch year-end no. 1. Having previously finished at year-end no.1 in 2011, 2012, 2014 and 2015, Novak joins Jimmy Connors and Roger Federer for the second-most top finishes, behind Pete Sampras (6).

Marian Vajda, who guided the Serb in his return to the top with the pair reuniting in April, has been named as ATP Coach of the Year. The Slovakian guided Novak to a return to no.1 and Grand Slam victories at Wimbledon and the US Open, as well as ATP World Tour Masters 1000 crowns in Cincinnati and Shanghai. With Cincinnati title, Novak became the first singles player to achieve the Career Golden Masters.