AUTOMOBILE and I: Novak Djokovic! 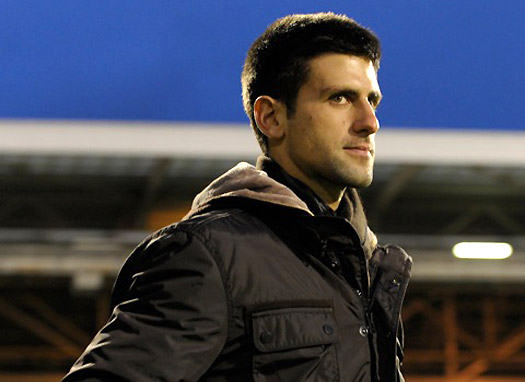 Serbian number one racket is not only a top athlete. He is widely known as the charming guy who likes to talk and entertain. When he’s not on court, he surfs internet, watches movies and follows football. He’s a Monaco and Red Star fan, and his favorite player of Serbian national team is Nemanja Vidic.

Although he’s a professional player, he practices other sports. He is very interested in golf, and especially loves skiing, which was his sport no.1 until he turned 12. His favourite mountain is Kopaonik, which in some way determined his fate – he started his tennis career there. Despite the risks of injury and suggestions to avoid ski slopes, he’s ready to take a risk and is not afraid of snowy challenges.

Versatile Nole has been drawing attention, not only with his success on tennis courts, but also with his impressions of his colleagues, especially Andy Roddick, Maria Sharapova, Nadal and Federer. The videos have become an absolute hit on “Youtube”, and he sometimes entertained audience at the request of the organisers of competitions. However, it seems that he will not do imitations anymore, because he doesn’t want to ruin relations with those colleagues that don’t like it.

Novak has tried out modeling. Like almost every athlete he has carved body and isn’t ashamed to show it. He walked the catwalk in a silk bathrobe at the fashion show in Montreal. He was teasing the audience unlacing it, and in the end he remained only in his underwear. He wanted to take off everything, but he wasn’t allowed.

Novak has stepped out into the world of music. He’s a guest on a debut album of his colleagues, the best doubles team in the world, brothers Bob and Mike Bryan. He was asked to rap part of the song “Autograph”. Nole’s music taste is quite varied. When he has time, he goes to the theatre, to opera, because classical music relaxes him and takes him to another world. He listens to Serbian folk music, legends Toma Zdravkovic and Miroslav Ilic.

The world number three has got acting offers. Novak said he had an offer for a major role in a series and a smaller role in a Hollywood movie, as well as in a series about King Aleksandar Karadjordjevic.

He should appear in the sequel of the Hollywood action hit “Iron Man” with Robert Downey Jr. in the title role. The world premiere of the film is expected in early May 2010.

Novak is a role model for many children and is aware of that. His aim is to advance and to bring happiness to children and young tennis players in Serbia.

He is happy to spend time with young colleagues at the big tournaments. It’s a bit different with older players, because they are rivals. “We all see each other every week. We respect each other, because we know how much work is needed to become a professional player, especially at the top of the list. It’s not good to be too close, because I try to beat them, and there is a rivalry, but there are no negative and bad thoughts”, commented Novak. He has good relation with Roger, and he’s closer with Nadal. He has only words of praise for the young Spaniard, both as a player and a person.

He often gets a car as a prize from the sponsors when he wins a tournament, and while participating in the competition he is driving official cars. His personal favorites are German Audi, BMW, Mercedes, but he also likes small Mini Cooper.

He usually drives in Monte Carlo, where his official address is. He really likes it there, because it is peaceful, and he has everything he needs to relax, nobody disturbs him and he can lead a normal life. It is one of priorities for a top tennis player.

With so many obligations, Nole always finds time for his girlfriend Jelena Ristic. They’ve been in a relationship for more than three years. He presented her to the world at the tournament in the Netherlands in 2006, when he won his first ATP title. Statistics says that with the help of his girl he reached the third place in the world, winning a total of 16 tournaments.

”Jelena is a solid tennis player and a great athlete. She is very smart, smarter than me. She makes suggestions and helps me become a better person. I like that”, said Djokovic once. 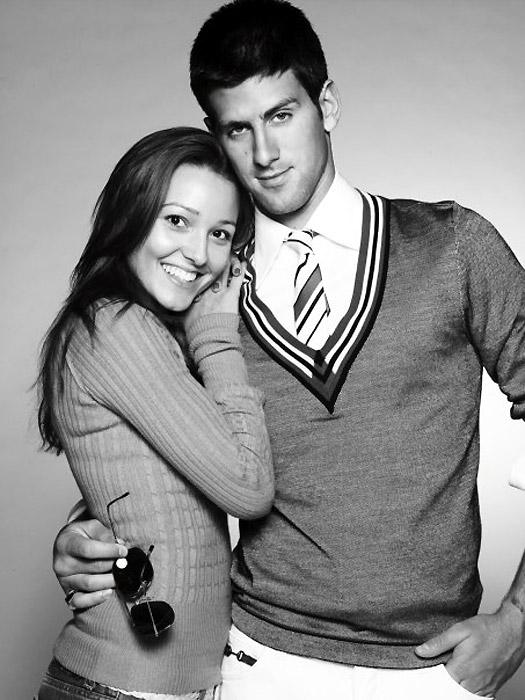 When you are young and desirable, it is normal that people connect you with various beauties. It all started with a gossip that he was in a relationship with an old friend and colleague Ana Ivanovic. Then came a story about alleged adventure with the Russian tennis player Maria Sharapova, with whom he was seen having fun in a night club in Miami. During the Olympics, there was a story about attractive Paraguayan javelin thrower Leryn Franco, and even rumors about alleged romance with Natasa Bekvalac. But it’s clear to everyone that Jelena is the love of his life.

Due to the nature of his job, Novak has traveled a lot, Jelena studied in Milan, and they usually see each other during the holiday season. Nole bought a two and a half million worth yacht “Manhattan 60”, so he could enjoy cruising at the Mediterranean. The yacht has four cabins, lounge, kitchen, bathroom and a speedboat. Ceiling is trimmed with leather, but partly with plexiglass, and the sweethearts can enjoy the view of the moon and the stars, in the company of Nole’s dog Pierre, beautiful maltezer, from whom Jelena does not part.

Nole would not be where he is today, if it weren’t for his family. He’s one of the few players followed by parents, and often brothers, at every tournament.

”I am attached to my family. It is, after all, the purpose of life. To have a family, people who will be there for you and with you always. Of course, there are moments when I want to be alone, because I grew up. Thank God they know how to recognise when I need support and they can be with me whenever I need them,” said the Serb honestly.

Novak Djokovic is the most successful Serbian tennis player of all time, but he has not yet realised his childhood dream: when he was only four, he wished to become no.1 racket in the world. There is no doubt that Nole will make it true.