Nole and Rafa to play exhibition match in Thailand 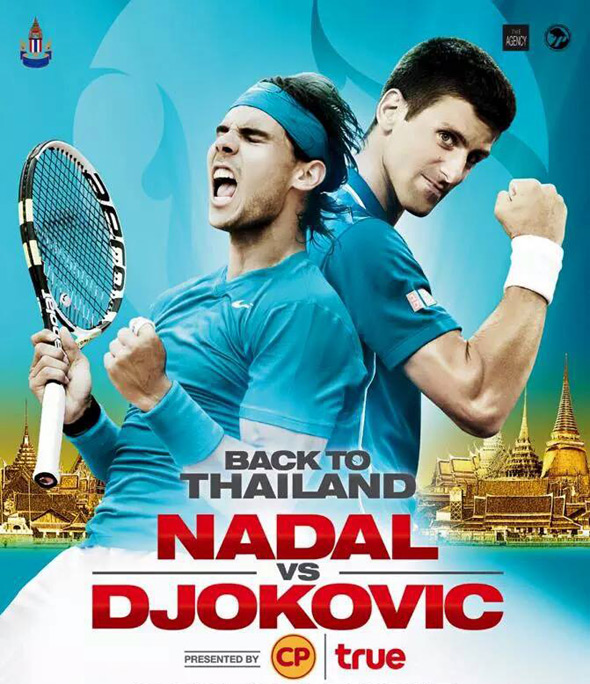 Suwat Liptapanlop, president of the Lawn Tennis Association of Thailand, said the match was important to the tourist industry after last month’s bombing of the Erawan Shrine, saying it will “boost confidence of Thailand’s safety and the business returns to usual.” “This special match will be big comeback for the duo in Thailand,” he added.

Novak last came to Thailand in 2008 when he lost the final of the ATP Thailand Open to Jo-Wilfried Tsonga, while Nadal visited the capital in 2010 for the same tournament and lost in the semifinals.