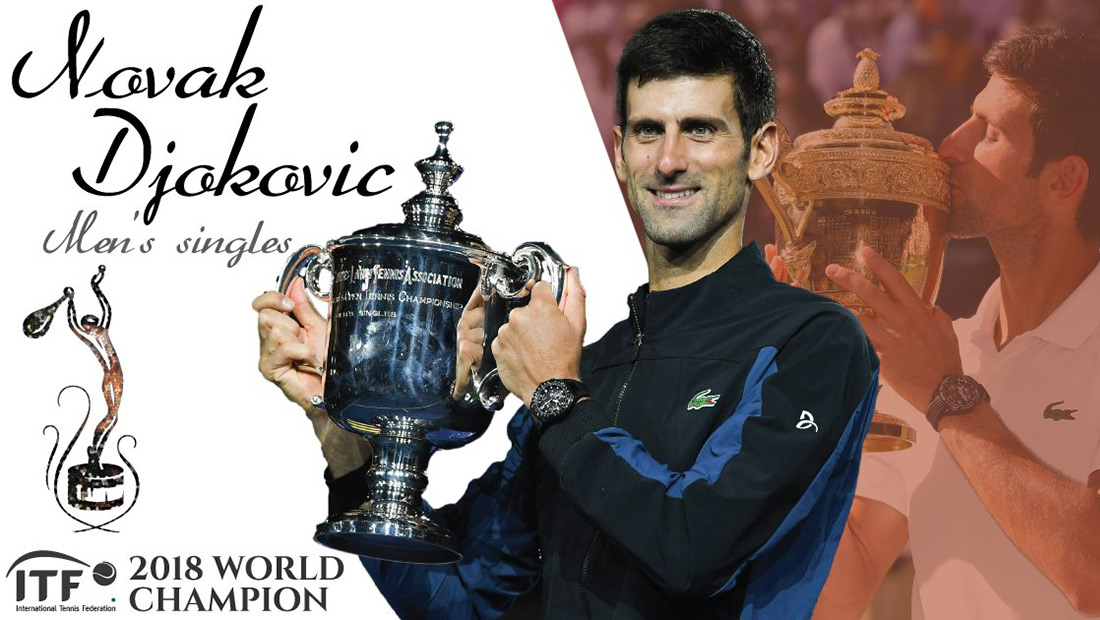 Novak has been named the 2018 ITF Men’s World Champion!

Novak was also a finalist at Queen’s Club, Paris Masters and Nitto ATP Finals. He finished the year as no.1 for the fifth time.

“I am very honoured to be named ITF world champion again,” said the Serbian star. “I am particularly proud of this achievement after all that I’ve been through physically this year, but part of me always believed I could make it back to the top. It is very satisfying to join Pete Sampras by winning my sixth award.”

The 14-time Major titlist is one of only two men to be named World Champion six times, alongside Pete Sampras.