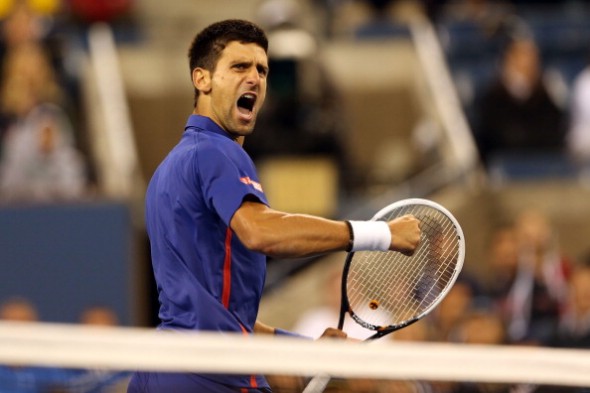 Novak, who has finished the 2012 season as world no.1, is one of 12 men nominated for the United States Sports Academy’s 2012 Male Athlete of the Year.

The world’s top-ranked professional tennis player was named the Academy’s Male Athlete of the Month for January. He won the Australian Open beating Rafael Nadal in the longest Grand Slam match in history (5 hours and 53 minutes).

Sports fans from across the world will decide who the most outstanding male and female athletes were in 2012 through online voting on the Academy’s website at http://www.ussa.edu/ballots/athlete-of-the-year/.

The 28th annual award is done in conjunction with NBC Sports. Worldwide online voting begins on December 1 and runs through midnight December 21. The winner will be announced on December 25.

Djokovic and Yani Tseng were the 2011 Athletes of the Year.

The Athlete of the Year ballot is the culmination of the Academy’s yearlong Athlete of the Month program, which recognizes the accomplishments of men and women in sports around the globe.

Show your support and vote for your favourite athlete here.