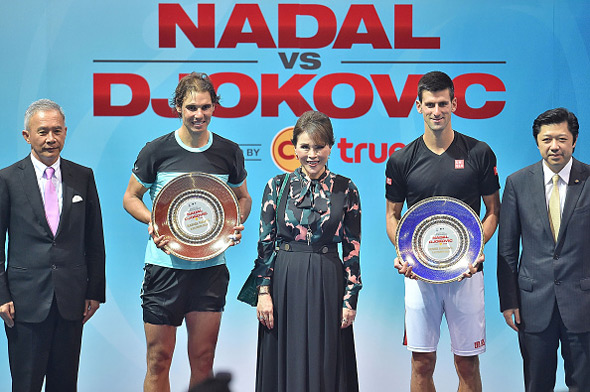 Reigning world no.1 Novak Djokovic of Serbia and his longstanding rival, Spaniard Rafael Nadal, played a sold-out ”Back to Thailand” exhibition match in Bangkok on Friday.

Thousands of tennis fans filled the stands expecting to see their favourite tennis stars. Novak broke Rafa three times, once in the first set and twice in the second, denying Nadal a single break point opportunity. 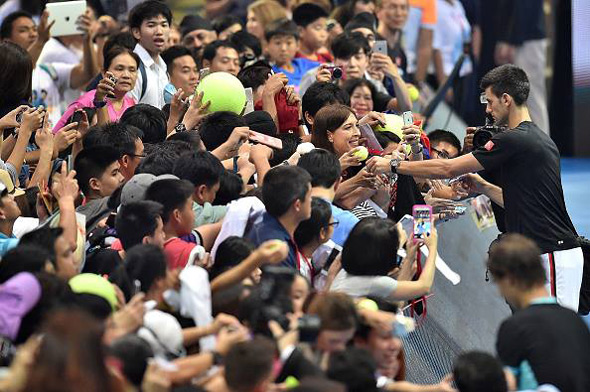 The event was organized to boost confidence in Thailand’s safety after August bombing that left 20 dead in the heart of the capital. Before the Friday’s match, the two players visited the Grand Palace and met with Prime Minister Prayut Chan-o-cha.

Djokovic last came to Thailand in 2008 when he lost the final of the Thailand Open to Jo-Wilfried Tsonga, while Nadal visited the capital in 2010 for the same tournament and lost in the semifinals.