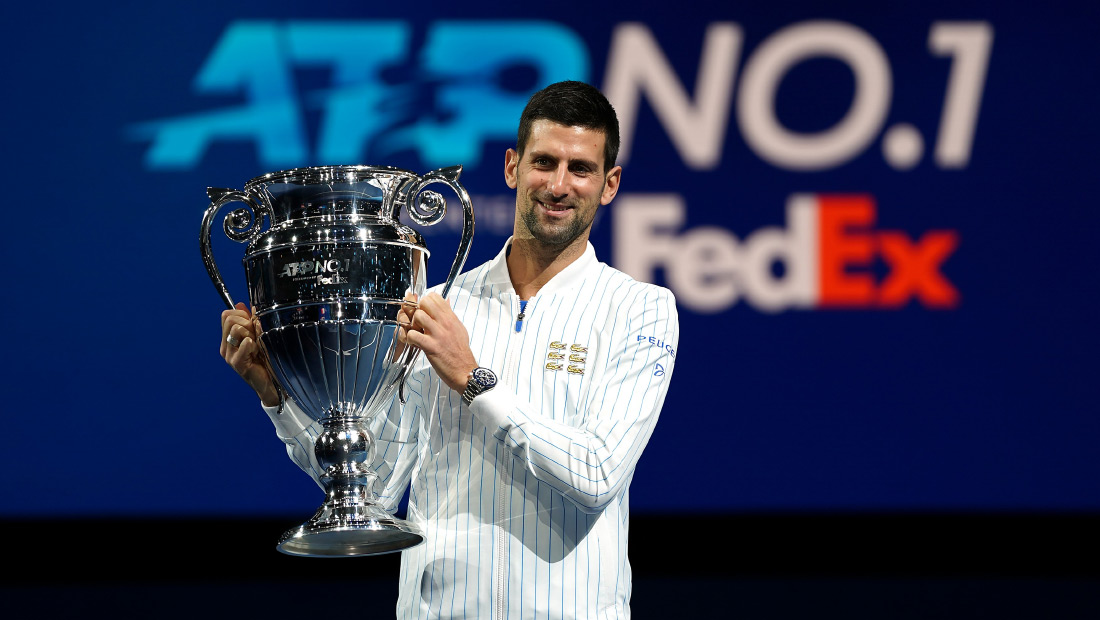 Novak presented with the 2020 year-end no.1 trophy

Novak Djokovic was presented with the 2020 year-end ATP no.1 trophy during an on-court presentation at the Nitto ATP Finals, the season finale at The O2 in London, on Saturday.

Novak has clinched the year-end no.1 ATP Ranking for a record-equalling sixth time.

“Pete was somebody I looked up to when I was growing up, so to match his record is a dream come true,” said Novak. “I will also keep striving to be a better player, hopefully have more success and break more records in a sport I love with all my heart.”

“To finish the year as No.1 is one of the most impressive achievements in our sport, one which requires sustained excellence across the season,” said Andrea Gaudenzi, ATP Chairman. “To see Novak achieve this for the sixth time and match Pete’s record is simply incredible, and he continues to cement his place in the history books.”

Novak will play his first match in London against Diego Schwartzman on Monday, November 16, at 14:00 local time (15:00 CET).