Nole named ITF World Champion for the fourth year in a row! 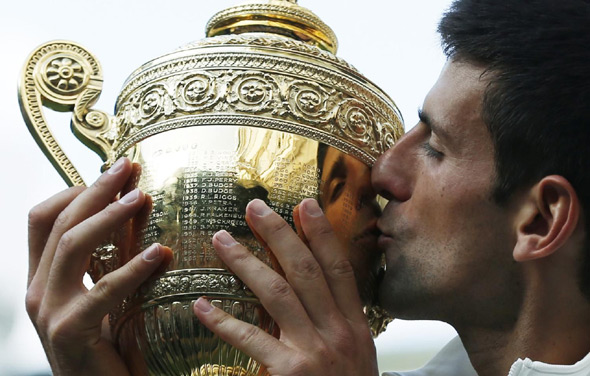 Novak has been named the 2014 ITF Men’s World Champion!

This is the fourth successive year Novak has received the honour. He won his second Wimbledon title and was a finalist at Roland Garros. Nole also won four ATP Masters 1000 events (Indian Wells, Miami, Rome, Paris), one ATP 500 tournament (Beijing) and the season-ending ATP World Tour Finals in London. Djokovic played 69 matches in 2014 (61-8 record) and finished the year as no.1 for the third time.

The 27-year-old Serbian star is one of only four men to be named World Champion four or more times, alongside Ivan Lendl, Pete Sampras and Roger Federer.

Serena Williams (USA) took the women’s prize for a fifth time. Americans Bob and Mike Bryan received the honour for the 11th time in 12 years, while Sara Errani and Roberta Vinci of Italy became women’s doubles World Champions for the third straight year.