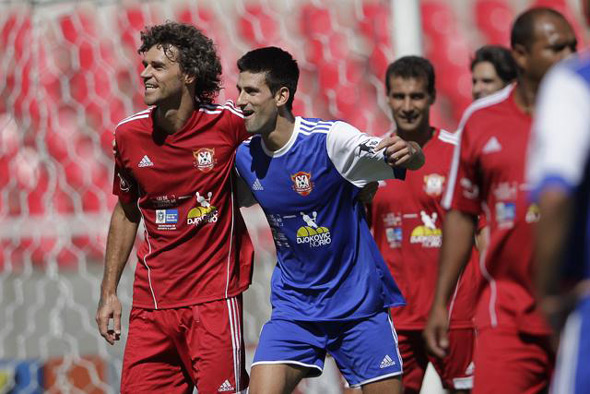 Serbian tennis star and world no.1, Novak Djokovic, played a friendly football game with Brazilian and global legends of the sport at Estádio Olímpico João Havelange on Sunday.

They played two halves of 25 minutes each. Novak scored a goal from penalty, the final result was 3-3.

Nole’s countryman Dejan Petkovic, who starred for several Brazilian clubs in the last decade, scored the third goal for the ‘blue’ team. 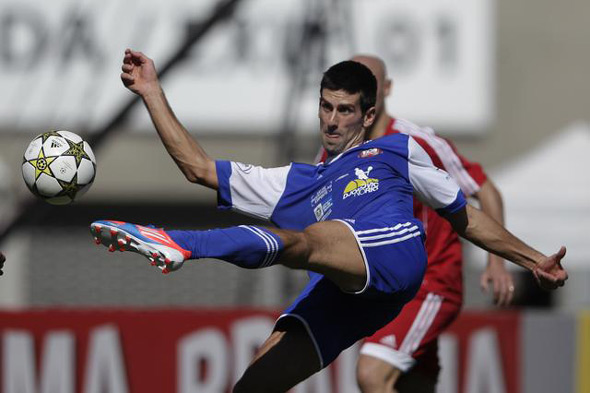 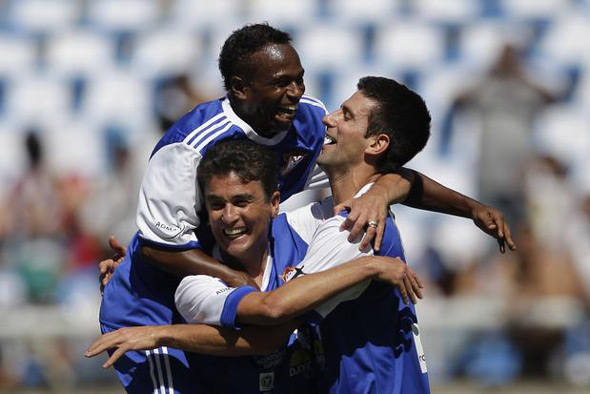 “Brazil has always had football magicians. I’m happy some of them are here today. I had played with Guga before, he’s very good at football. But Djokovic is also good,” Zico praised Nole’s football skills.

After the match, Novak and Guga got Fluminense shirts, and posed with Mário Jorge Lobo Zagallo, who won the World Cup for Brazil both as a manager and as a player. 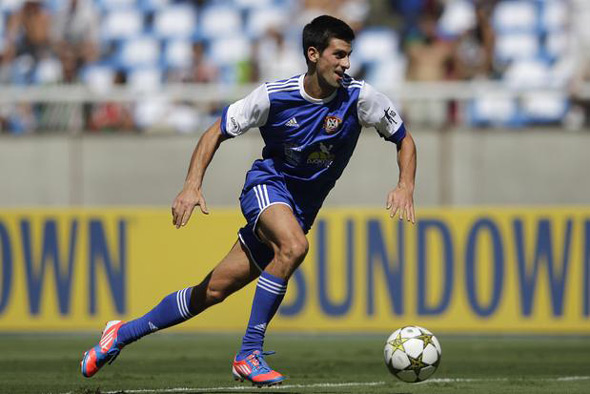 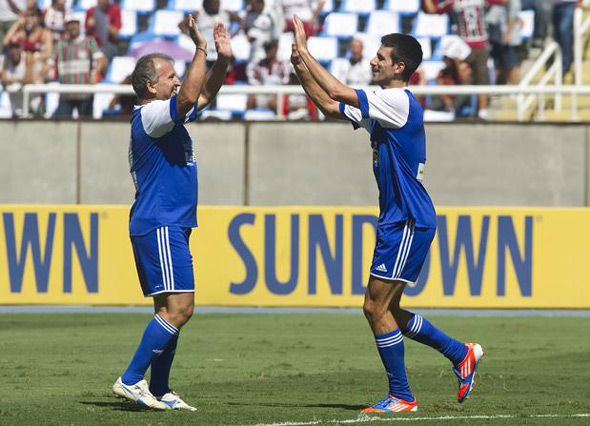