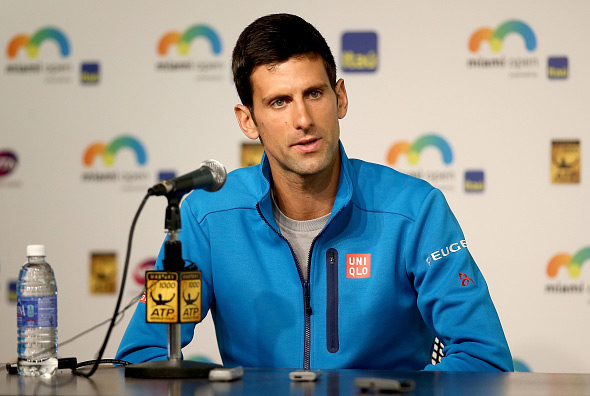 Novak will miss 33rd edition of the Miami Open due to an elbow injury.

World no.2 Novak Djokovic has withdrawn from the Miami Open presented by Itaú with an elbow injury. The reigning Miami champion made the announcement on Monday, confirming he will miss this event for the first time since his first appearance at Crandon Park in 2006.

“I have some very disappointing news to share with you regarding the Miami Open tournament. My doctor has strongly advised against play because my elbow injury, that I keep carrying on for months, got worse in the past week. I will do everything in my power to recover and do all the necessary therapy to be able to return on court as soon as possible. Sadly, I won’t be able to defend my title in Miami this week. Believe me, it is as shocking to me, as it is to you. I had incredible run in Miami, I won there my first Masters tournament and started my campaign towards the top of the world rankings. No wonder they say that in sport the biggest and most painful defeats come from injuries, and not from opponents. I am lucky that throughout my career I didn’t have many injuries, but I guess that all that I’ve been through physically in the past so many years did leave a mark on my body. I remain eternally grateful for all the love and support I receive from you. Thank you for believing in me,” said Novak, a winner of a record 30 ATP World Tour Masters 1000 titles.

Djokovic lifted his first ATP 1000 trophy in 2007 in Miami. In 2016, he beat Kei Nishikori in the final 6-3, 6-3, completing the Indian Wells-Miami double for unprecedented fourth time.

The 29-year-old Serbian star, who won six titles in Florida, including the last three editions, has been suffering from an injury to his right elbow since the 2016 Olympic Games in Rio. He skipped Cincinnati, his appearance at the US Open was uncertain until the last moment, and he was also forced to withdraw from the China Open in Beijing.

Novak flew back to Europe to have the injury assessed by his doctor. He will undergo treatment and take some rest in order give his body the proper time to fully recover and come back strong and healthy.