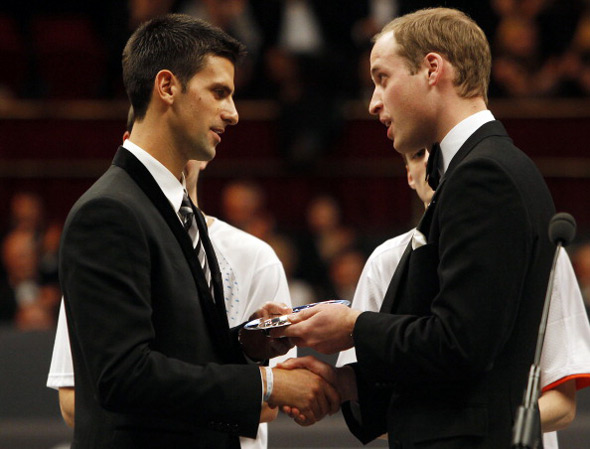 Reigning world no.1 Novak Djokovic was presented with a special Centrepoint Award by the charity’s patron, HRH The Duke of Cambridge, at the Winter Whites Gala in London’s Royal Albert Hall on Saturday evening.

Novak received the Centrepoint Premier Award for Contribution to the Lives of Youth Across the World.

The Award honours those whose contribution to youth inspires young people across the world and awards their commitment to giving back and eradicating such humankind crises as poverty, health, education, hunger, and homelessness.

“This special award is a great motivation for me to continue contributing to the lives of youth across the world. I am happy to see there are many wonderful people willing to join and help those who are less fortunate… I would like to thank Prince William and Centrepoint for the award,” Novak said. 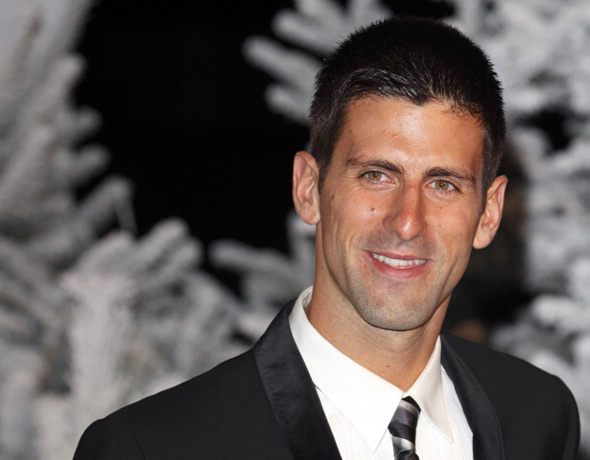 Novak Djokovic Foundation raised $1.4 million for early childhood education through its inaugural fundraising dinner in New York in September and a week later he visited the “Beneath the Linden Trees” kindergarten, a UNICEF initiative in Lesnica, Serbia, to raise awareness of the importance of early childhood education. In October, Djokovic collaborated with his clothing sponsor UNIQLO to develop and launch ‘Clothes for Smiles,’ a new program that aims to give children of all ages a chance for a better future. The program has established a $10 million fund that helps nurture the dreams of children worldwide.

The Winter Whites Gala event was held in the Royal Albert Hall, which hosts the Statoil Masters Tennis. It was transformed into an enchanted Winter Wonderland, featuring some of the biggest names in sport and entertainment.

Goran Ivanisevic and Tim Henman met in a rematch of the 2001 Wimbledon semifinal. Henman won 4-6, 6-2, 10-6, and set up the Statoil Masters final with Fabrice Santoro.

Novak hit with Henman, McEnroe, Borg and kids from the Centrepoint, entertaining the Gala attendees. 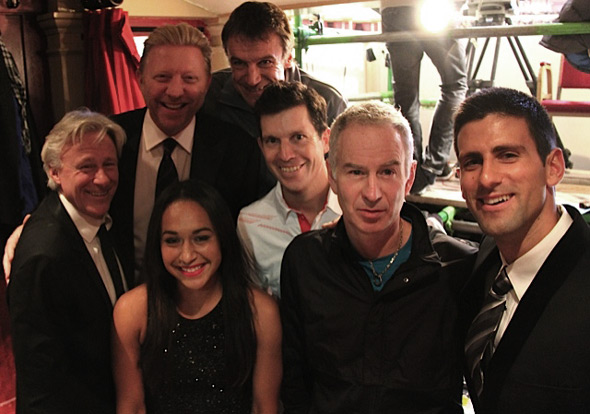 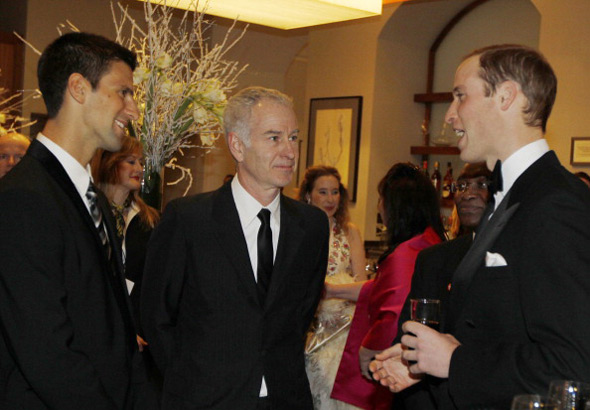 Prince William has been Centrepoint’s patron since 2005, continuing his late mother Princess Diana’s work. Founded in 1969, Centrepoint has helped more than 75,000 homeless young people (16-25 year-olds) and is dedicated to ending youth homelessness.

Novak is traveling to Necker Island, Sir Richard Branson’s private paradise in the British Virgin Islands and perhaps one of the most idyllic places in the Caribbean.

On the final night, an “End of the World“ party will take place and will include an exhibition involving the top pros, an awards ceremony, and an auction. A 100 percent of all auction proceeds will benefit the local BVI community, Virgin Unite, the National Tennis Foundation, Novak Djokovic Foundation and other ATP and WTA players’ charities.