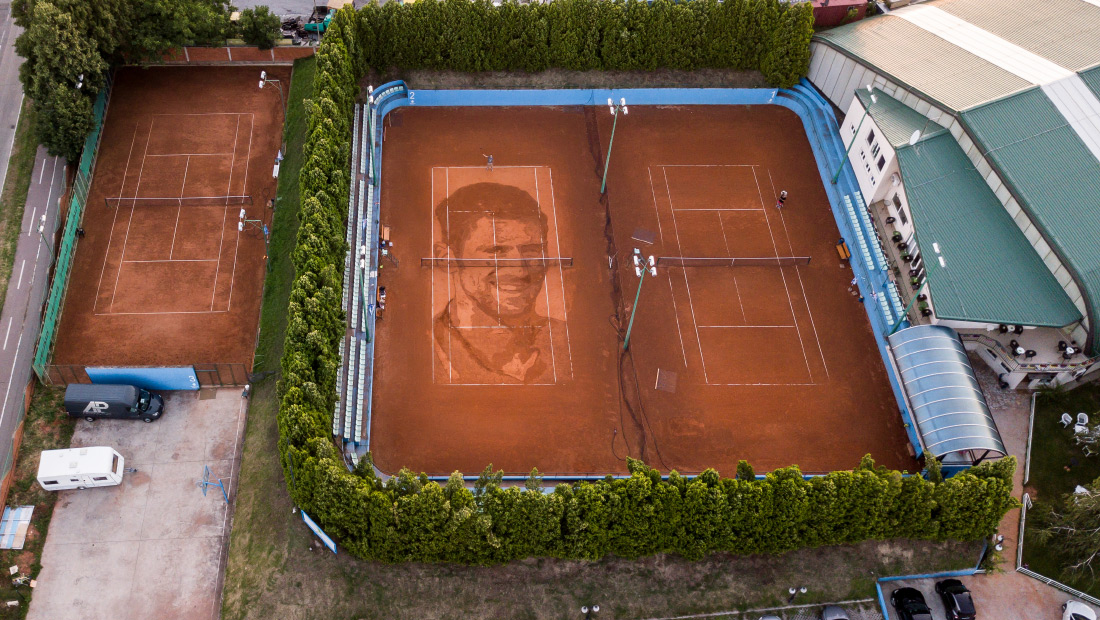 The largest portrait of Novak Djokovic in the world

On the clay of the Tenis Club Djukic on Bezanijska kosa in Belgrade, architect and street artist Andrej Josifovski, known as “The Pianist”, made the largest portrait in the world of Novak Djokovic, the reigning ATP no.1 tennis player.

The reason for the drawing called “Polishing of the court” was made with desire to support the world no.1, to show that there are people in Serbia who value everything Nole does for the people, and not to forget his deeds despite the challenges he faces.

“I went out on the clay court, with a brush in hand to work a little, because sporting fields are magical places, as well as magical mirrors, and when they are polished they tell the truth and only the truth. It was still dark, which can be confirmed by satellite images, when Novak’s image appeared on the court. Soon the sun came out to bow to him. It is true, therefore, that the planet is ruled by Djokovic, the best of the best, and the stars have known that for a long time. Here’s how important brushes can be and the importance of cleaning up, not only for sports. A man who gives his heart to those who boo him. It is not enough to say a winner, an ambassador, a humanitarian, a benefactor and a man who makes his nation proud,” said Josifovski. 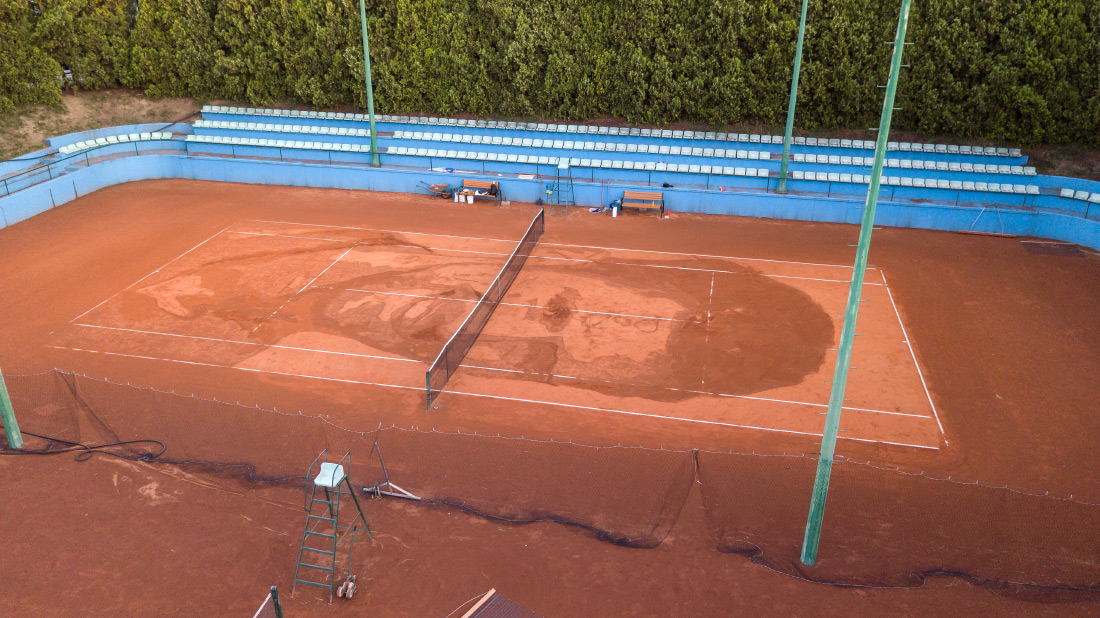 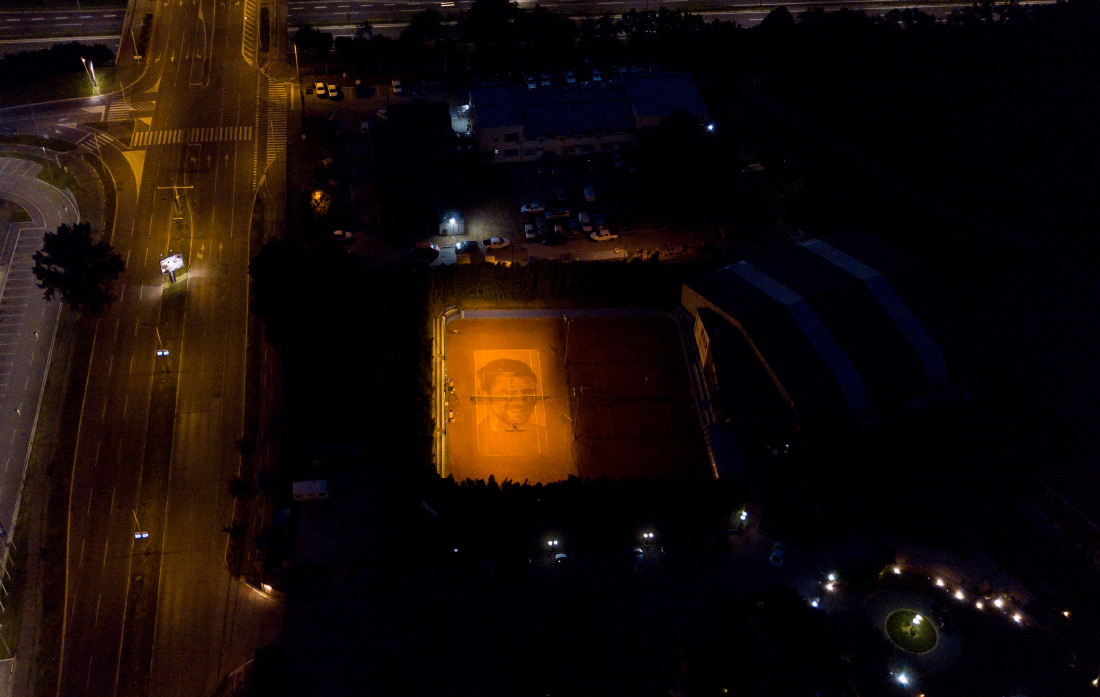 “Perhaps the most difficult part was drawing the entire space according to a pre-conceived scheme. It took me over an hour to do that. Afterwards, I did the contours, and then turned to the details. The most demanding to draw were the eyes, the nose, the mouth, contouring the face and finally the proud T-shirt. Additional bags of clay had to be used for Novak’s hair, in order to shade it as darkly and as noticeably as possible. Everything was done with the help of brushes. Although it was my first time doing something like this, I believed that I would succeed, because Novak is a great inspiration and it’s a great honor to be able to do something for him, so it wasn’t difficult for me to give it my best and finish my work. I would like to thank the hosts from the Tennis Club Djukic, who provided me with everything I needed, and I especially thank my friends who were with me all night and wholeheartedly supported me,” added Andrej. 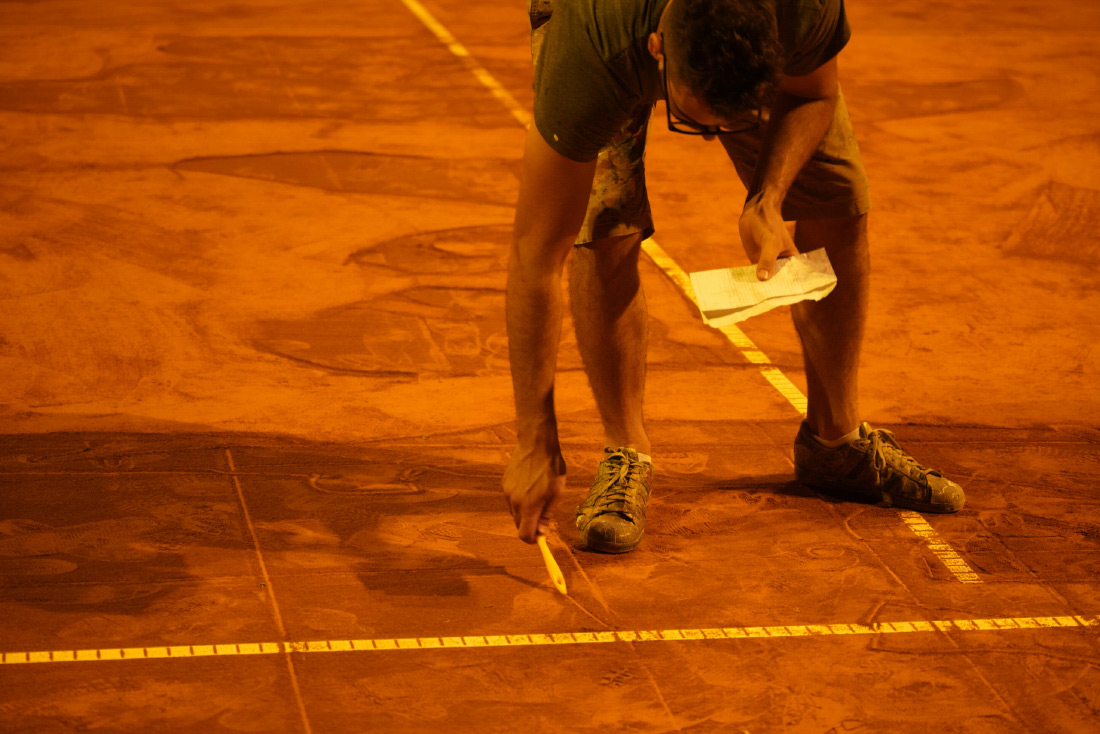 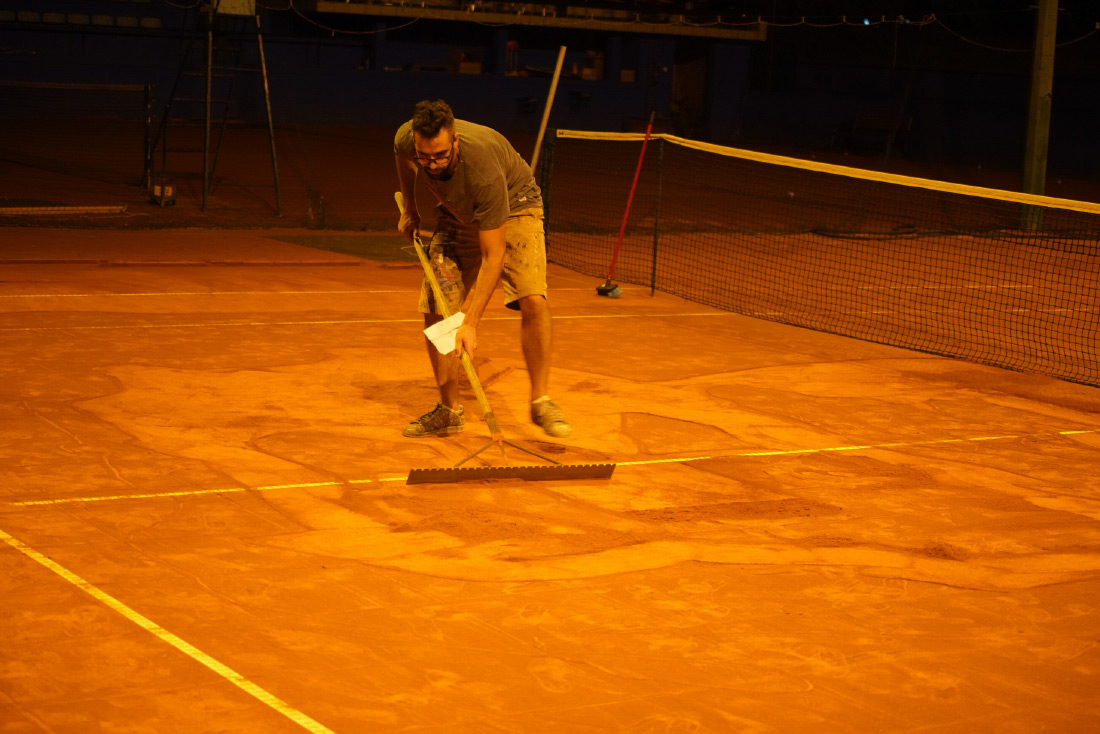 Josifovski wishes that the next step of such a project is a conceptual exhibition of portraits on the grounds of Roland Garros in Paris, or some similar large international clay court stadium, in order to convey the message about the importance of mutual respect and appreciation.