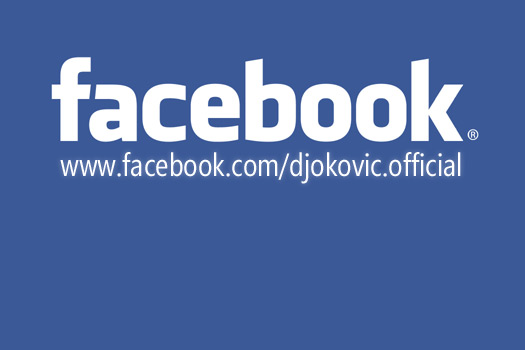 We are proud to announce that the first and the only Nole’s official Facebook page has been created today, on January 29, 2011.

As of today, Nole will do his best to get in touch with you whenever he has spare time and tell you the latest news…

Join us and invite all your friends to give Nole support in his quest to take over the no.1 position in the ATP world rankings!

The address of his page is: http://www.facebook.com/djokovic.official

Note: All other so-called Nole’s pages that flooded Facebook, with words “official” in it, have been closed on our initiative, to avoid any confusion for all admirers of Novak’s name and work. Also, we inform you that Novak does not have a personal account on Twitter, since we have received many emails on this issue.