Novak at no.2 after 48 consecutive weeks on top of the rankings 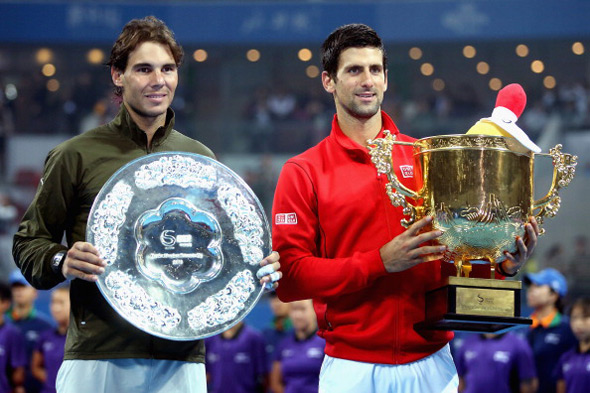 Rafael Nadal returned to no.1 in the world rankings on Monday after reaching the final of the China Open in Beijing.

Novak won his 38th career trophy and fourth crown in 2013 on Sunday with a 6-3, 6-4 win over the Spaniard and remains competitive with the Mallorcan for the rest of the season.

Djokovic acknowledges Nadal’s remarkable year, but remains focused on the task: a third consecutive year-end no.1 in the ATP Rankings. “It’s obvious that being no.1 at this time, especially in this era, is an ultimate goal and challenge for anybody. I know how hard it is because I’ve been fighting for that place for last couple of years. I know what a player needs to do in order to end a year at no.1.”

The difference between Rafa and Nole is only 40 ATP points.