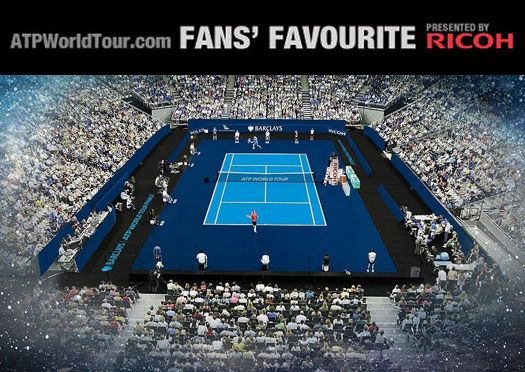 The ATP will announce the winners of the 2011 ATP World Tour Awards on the eve of the Barclays ATP World Tour Finals, which will be held at The O2 in London from 20-27 November.

Like every year, the awards will be given in ten categories. The most important for us is:

Player of the Year (favourite singles player) voted by fans!

You can vote for Nole HERE.

Novak has won ten titles this year, three majors – the Australian Open, Wimbledon and the US Open, five ATP World Tour Masters tournaments, Dubai and Belgrade. On July 4, he became the world no.1, and he will be the 16th different player to finish as no.1 in the history of the ATP Rankings (since 1973).

Show your support for your favourite singles player and doubles team in the ATP World Tour.com Fan’s Favourite Award Presented by RICOH.