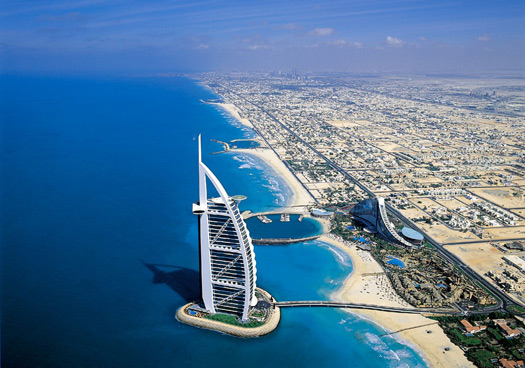 Aah, back to Dubai. I also paid a two-day visit to Abu Dhabi and its magical, fairy Emirates Palace hotel.

This is my first diary after the historic world title in the Davis Cup. I can officially confirm that my hair grows faster than my teammates’, and that I can finally show up on the street without a hat! Many of us fell ill after the triumph, because our bald heads were not ready for blast! The hairstyle looks best on Viktor (my brother Marko follows him). Ziki and I are competing for the title “the most tragic bald look.” Boca was cheating, he did not shave his head completely, and has an elegant “two”. His explanation: The electric shaver broke! Hmmm … I am glad we all completed a long-standing promise that we had made between ourselves in the middle of the year, so everyone who was holding a toast was saying “for bald heads.” The idea to shave our heads on the spot was Miljan’s, and the picture went around the world! The ‘hairless’ idea was Viktor’s (no wonder) and it was highly debatable, but it motivated us and made us the happiest athletes in the world.

It is very difficult to describe everything in details. The feeling is special and memorable, the Davis Cup title has brought thrill, delight, joy, pride to the whole Serbian nation! We have shown unity, friendship, immense mutual support, heart and pride to write our country’s name in the history of this sport as the world champions! Celebration?! Hahahahahahahahahaha! Eeeeeh, one has to experience that! I contain that nobody in the world rejoices and celebrates like brother Serbs. People, it’s been lasting and will last until we are alive. We can call it Davis baldies festivity. Domestic and foreign music, roast pork, Uzicko kolo (country-dance), kissing bold heads, trumpeters (what would we do without them) …

Then came the recovery in sunny Monaco with my darling Jelena. We both had difficult but successful previous weeks and now we are on holiday.

I’ve been following the latest developments in Serbian tennis apropos the upcoming elections in the Tennis Association of Serbia. I’m really sorry that the situation is almost out of control and that media write about quarrels that actually don’t exist, but changes are inevitable. Of course it’s not a good time for such things to happen now when we are all still under the impression of winning the title, but the Tennis Association needs new people, in order to finally build a national tennis center and provide better conditions for young talents to progress. Development of tennis in Serbia is also partly our responsibility, and that’s why we (all players and our coach) engaged to help, and we made clear in the statement what we want. I have to say that my father has no intention to take any position in the TAS, but to present to all clubs the functioning concept set by people he represents. He does it very successfully and we fully support him. I sincerely hope that the clubs from Serbia will have understanding, because prosperity and well-being are guaranteed with the new management! That’s all from me today, I will soon show you some interesting photos from the past few months. Shukran and best regards!