Do you wanna dance? (VIDEO) 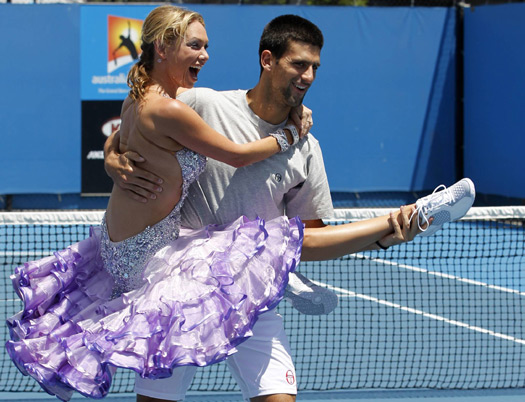 After his third round match with Troicki, Nole was given a ballroom dancing lesson on an outside court in Melbourne Park by “Dancing with the Stars” television celebrity Kim Johnson. Fans were thrilled with his dancing skills, and he once again proved that he is one of the most popular players and showmen nowadays.

To see more photos go to our section Photo.