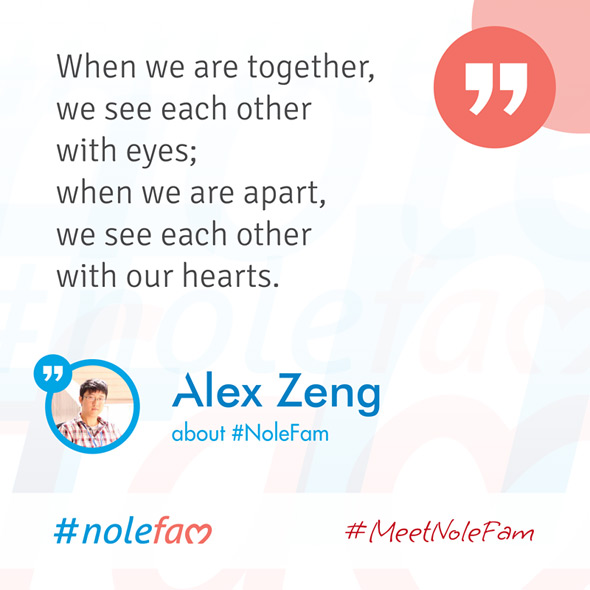 After we’ve introduced the Novak Djokovic Fan Club with global activities, and later on the Fan Club from the Balkans, it’s now time to travel to the Far East and present you the biggest and oldest Novak Fan Club in China, which was founded in 2011. In 6 years it has provided a common home for 60,000 fans on social networks in China. This Fan Club shares the latest news concerning Novak, including his tournaments, off-season life, and re-shares Novak’s own content. Fans managing the online presence of this club are inspired by Novak’s unique personality, his passion for philanthropy and his great sense of humour. There are 3 people managing the Fan club and we cannot wait to read their story. Meet our Chinese NoleFam!

We know that you’re the oldest and most active NoleFam in China, how many people do you have managing the China Fan Club? How did you get to know each other and become united around the idea of running the club?

There are three members managing the team now, with several original members having left the club since it was founded. We met each other on the BBS forums and when Weibo was launched in 2010, we took the steps to open a fan club account and spread the spirit of Novak to let more people know him and love him.

Would you like to introduce you and your team to us? What are your hobbies apart from Nole?

Our team is pretty young and active. Most of us are students, or have graduated from the university in the last few years. We come from different provinces in China, spread over thousands of kilometers. We also follow other sporting events such as F1, football and so on.

We all know it’s not easy to run a fan club and drive the correct inspiration to fans. And there must be some unforgettable moments for you to manage it. What have been the best moments while managing the club?

We celebrate his victory and cheer with him, but also feel sad for him and wish him a speedy recovery. We wish he can hear our voice and know us one day.

Obviously, you are in close contact with many fans of Novak, what’s the main topic of interest around Novak with them?

We talk about his matches and performance with thousands of comments from the fans. They are also very interested to know about his family; his beautiful wife Jelena, his lovely boy and his upcoming daughter, and his foundation and charity.

You focus on all the news regarding Nole. So besides releasing the relevant news of Novak, have you managed any special activities with the fan club?

If you had to describe NoleFam in 5 words, which ones would you choose?

What’s been the impressive thing of running the fan club?

At the beginning, for a long time, we only had several hundred followers, so a lot of information about Nole couldn’t be passed to his fans, which made us very frustrated. But then as the followers continued to increase, more and more people knew us and join in the conversation. Growing his fan base in China is our greatest happiness.

Can you share with us some of the memories that made the deepest impression on you whilst running the fan club?

The power of love and support that all the fans showed to us. When we managed to support Nole on-court and off-court, all the fans responded very positively. They spent their spare time participating in the activities and being a part of it.

If you have an opportunity to organize a #NoleFam meet-up for all fans, where would it be held and what would it look like? What would be the highlights?

If we have an opportunity to organize a #NoleFam meet-up for all fan, maybe we will hold it in Beijing or Shanghai, the two most represented cities in China and the two destinations that he comes to every year. The party would be a tennis theme, and if he could take part in our party, that will be the biggest highlight ever.

You’ve supported Nole for such a long time, what has been your most impressive moment of Novak?

When he lifted the 2016 RG trophy and completed the Novak Slam. We all cried at the moment as we saw his hard work and persistence paid off.

Novak played tennis over the decade, what was your most memorable game?

It was the 2014 Wimbledon final. Nole missed the championship point in the fourth set and finally won the game, putting an end to his grand slam finals losses, and also winning his seventh career grand slam. With this championship, he also surpassed nadal to become the No. 1 player in the world.

What made you decide to support Novak?

When I learnt about his decision to play tennis in bad conditions during his childhood to eventually become a professional tennis player. In his eyes, I see the persistence and also see his friendly character and enthusiasm.

What would you like to say to Nole if you had 30 seconds with him?

Well, 30 seconds is too short, we have too many words to say. We want to tell him that there are many people in China who love you, support you and hope everything goes well for you.

What is your favorite photo of Novak, if you could choose one? :) 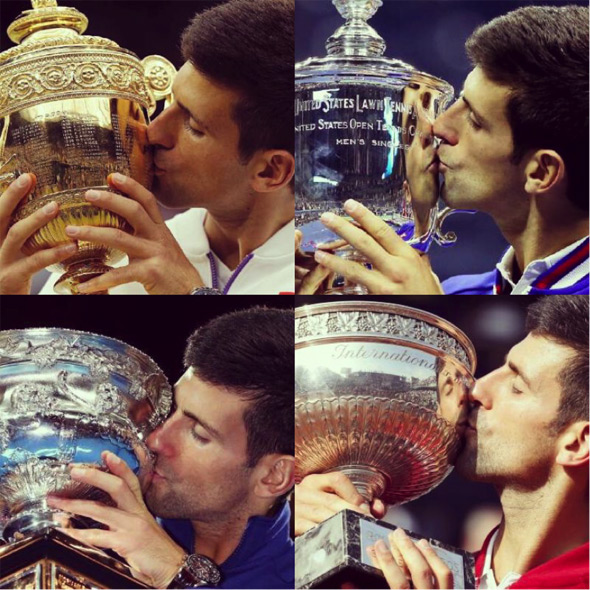 Nole reached many achievements, among all of them, which is your favorite trophy Nole won?

French Open. It inspired us a lot that when we face difficulties, we just keep going and try over and over again. We definitely can have a perfect result in the end.

Novak and Jelena have devoted themselves to philanthropy, especially for children’s education. What inspired you to this foundation?

We have witnessed the growth of the Novak Djokovic Foundation. We saw that thousands of children from Serbia are living a better life through the foundation’s efforts. It inspired us that we can always do something for others and we will be awarded with happiness simultaneously.

Novak Djokovic Foundation has launched many different projects so far, which is the most impressive one for Chinese fans?

Djokovic Foundation’s cooperation with UNICEF is the most impressive one, this cooperation let more Chinese fans know about the difficulties for children’s education and growing up.

If you could organize an activity to help the children with Novak, what would you like to do?

We would like to invite children from poor families in China to know and learn more about tennis from Nole. We hope that they are inspired by Nole to chase their dreams bravely.