Nole named ITF World Champion for the third year in a row! 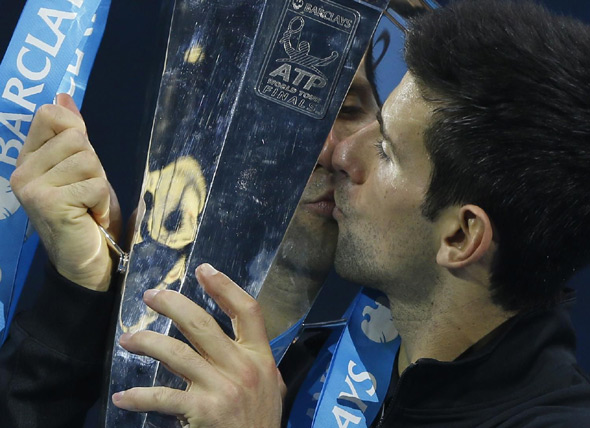 The World Champions are based on an objective system that considers all results during the year, but gives special weight to the Grand Slam tournaments and Davis Cup.

This is the third successive year Djokovic has received the honour.

“It is an honour to be named ITF World Champion for the third year running. I’ve had a great 2013 season, and managed to end the year on a high. This can serve as a good platform for 2014,” Novak said.

Nole finished the year as no.2. He successfully defended his Australian Open title, becoming the first man in the Open Era to win three successive crowns in Melbourne.

Serena Williams (USA) took the women’s prize for a fourth time. Americans Bob and Mike Bryan received the honour for the 10th time in 11 years, while Sara Errani and Roberta Vinci of Italy became women’s doubles World Champions for the second time.