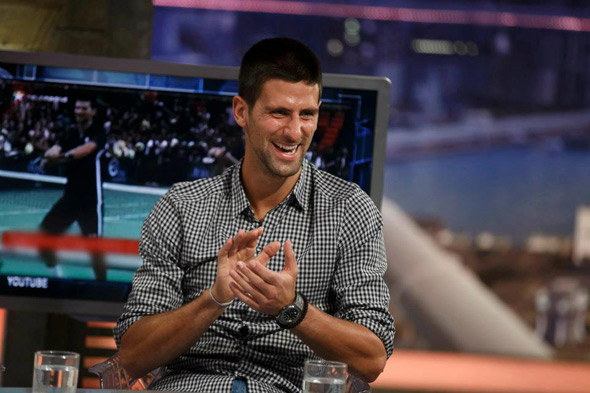 The two chatted with the host before taking part in some fun, including stacking playing cards and dressing up in rain ponchos and goggles to hit plastic cups with their racquets.

Just like four years ago when Nole appeared on the show for the first time, the live audience in the studio enjoyed it very much.

In an interesting interview, Pablo reminded spectators about girl who was hit by tennis ball at the 2007 Madrid Masters, and about Nole’s impersonations, especially of Sharapova.

The host Pablo Motos likes Novak’s sense of humour and all the fun he brings into the world of tennis which makes him unique.

“We travel a lot to different countries. We have a lot of obligations, spending many hours on tennis court, and we try to enjoy and bring the laugh to the public,“ Novak said.

Enjoy the video and photos taken during the show: 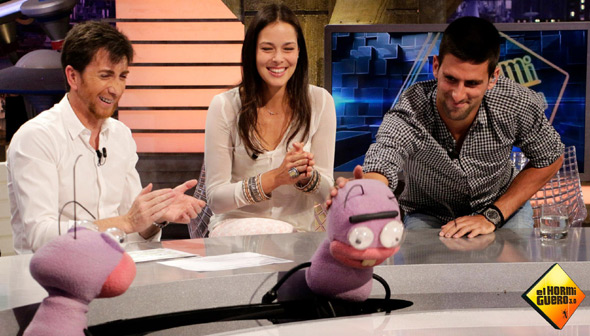 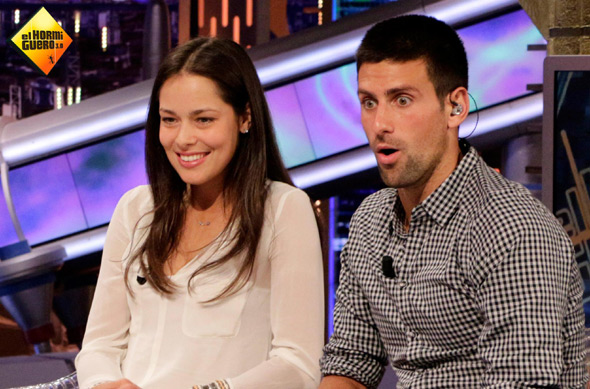 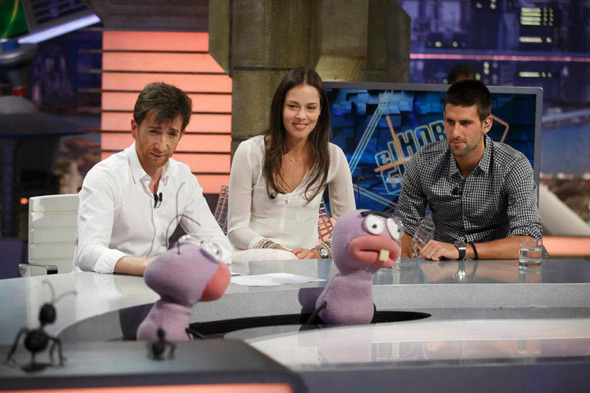 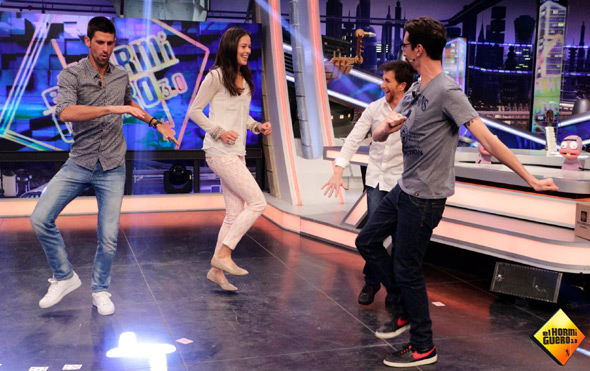 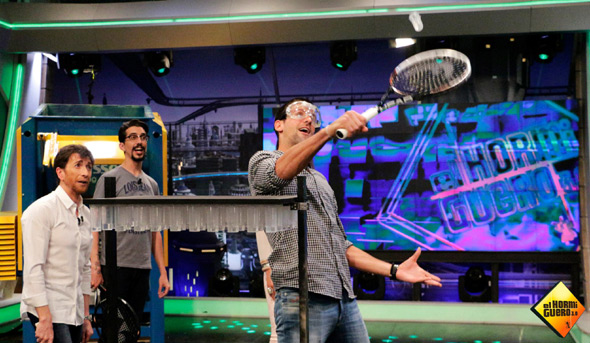 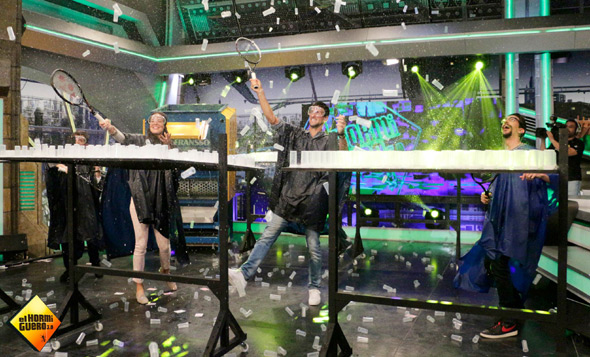 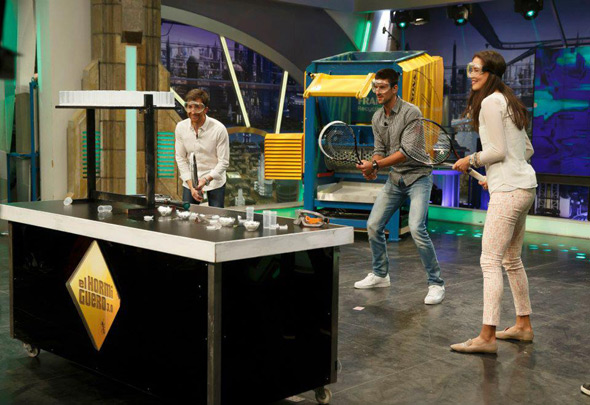