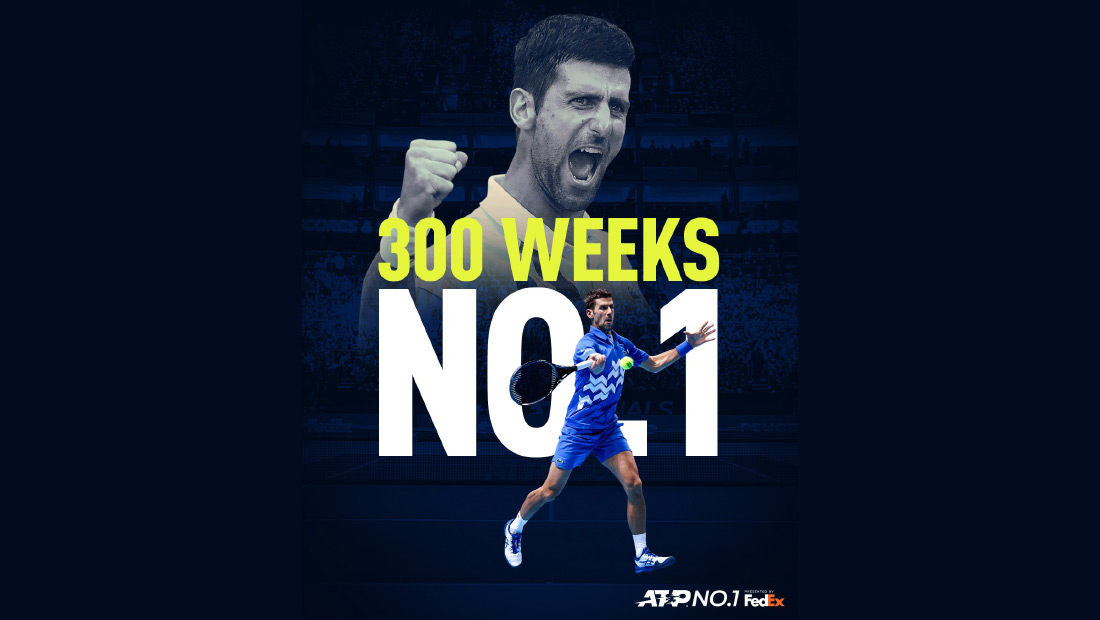 Novak becomes second player to reach 300 weeks at No. 1

Novak has started his 300th week at No. 1 and now only record-holder Roger Federer is ahead of him for most weeks spent at No. 1.

“This is one of my two biggest professional goals,” Djokovic said earlier this year. “To reach the record of, and surpass Roger’s record for longest time at No. 1 and win as many Grand Slams as possible. I have been saying that before, so I’m working towards that. I’m at a good place right now, in a good position. Hopefully I can stay healthy and continue to play well.”

If Djokovic maintains his position, he will pass the Swiss star on 8 March 2021.

The Serbian, who climbed to tennis’ pinnacle for the first time on 4 July 2011, is in the middle of his fifth stint in the top spot. He leads World No. 2 Rafael Nadal by 2,180 FedEx ATP Rankings points.