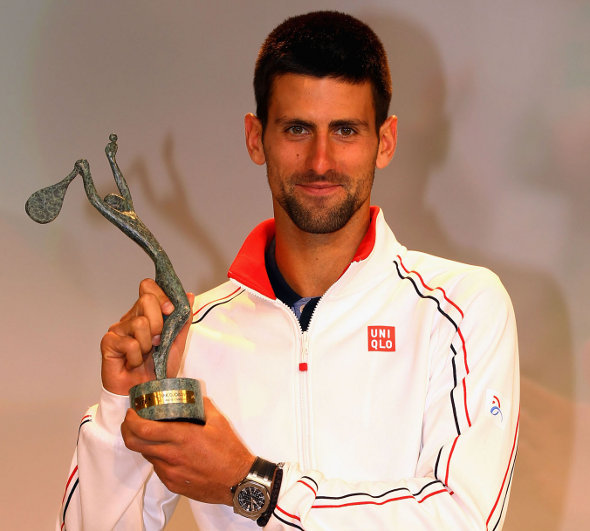 World no.1 Novak Djokovic was presented with the Men´s Singles World Champion award during the 2012 ITF World Champions Dinner at the Pavillion D´Armenonville on June 5 in Paris.

The ITF handed out awards to the best in singles, doubles, juniors and wheelchair tennis, for their achievements in 2011. The elite group consisted of Novak Djokovic and Petra Kvitova, Bob and Mike Bryan, Kveta Peschke and Katarina Srebotnik, Jiri Vesely and Irina Khromacheva, Esther Vergeer and Maikel Scheffers.

Nole will be Serbia’s Olympic flag bearer during the opening ceremony at the 2012 Summer Olympics in London (July 27 – August 12).

“We are all very excited about the Olympic Games in London, such a magnificent sporting event, and it goes without saying what a great honour it is for me to carry the flag for Serbia,” Novak said.

The 25-year-old Belgrade native was one of three Serbian medalists during the 2008 Summer Olympics in Beijing. He lost to Rafael Nadal in the semi-finals, and went on to defeat American James Blake in the bronze medal match.

The reigning Wimbledon, US Open and Australian Open champion is one of Serbia’s main hopes for an Olympic medal.