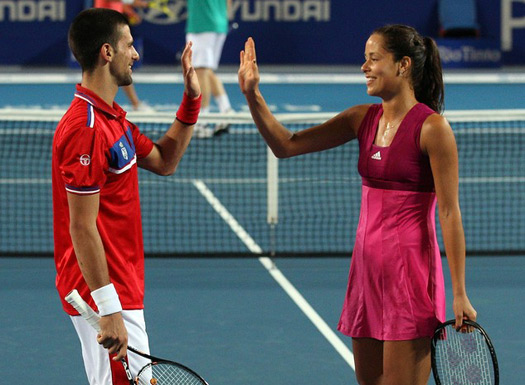 Serbia is through to the finals of the 23rd edition of Hyundai Hopman Cup!

After victories over Kazakhstan and Australia with maximum score 3-0, Serbia needed to win just one of today’s three matches to reach Saturday’s final.

Nole brought the point with a straight sets win over world no.178 Belgian Ruben Bemelmans, 6-3, 6-2, for the first place in group A.

A break in the first and two breaks in the second set were enough for convincing victory in 63 minutes.

Top seeds Ana and Nole will play in the finals of Hopman Cup on Saturday at 8am CET against the best team in group B, and it will probably be the USA (Bethanie Mattek-Sands and John Isner).