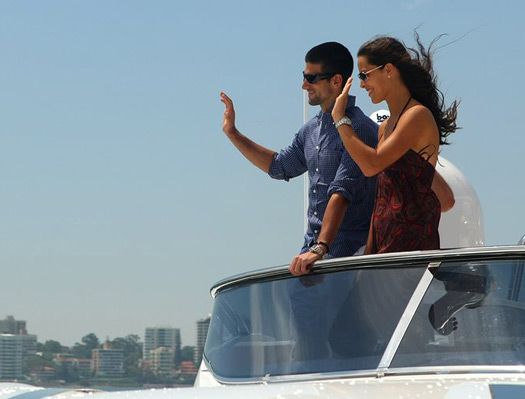 Ana Ivanovic has been forced today to withdraw from tomorrow’s Hyundai Hopman Cup Final on account of sustaining an abdomen injury, resulting in Belgium – as the second placed nation – being promoted into the title clash.

The Serb sustained the injury during her match last night against Belgium’s Justine Henin and a scan this afternoon ruled Ivanovic out of play, at least for tomorrow.

Tournament rules allow for the second placed team from the Group to take their place in the Final meaning that Henin and her partner Ruben Bemelmans will now replace Ivanovic and Novak Djokovic and take on either the USA or France, depending on results today, in tomorrow’s Final.

”Ana Ivanovic has had to withdraw from the tournament, she sustained an injury against Justine Henin and had a scan today and she’s not going to be able to play at the Final,” Tournament Director Paul McNamee said.