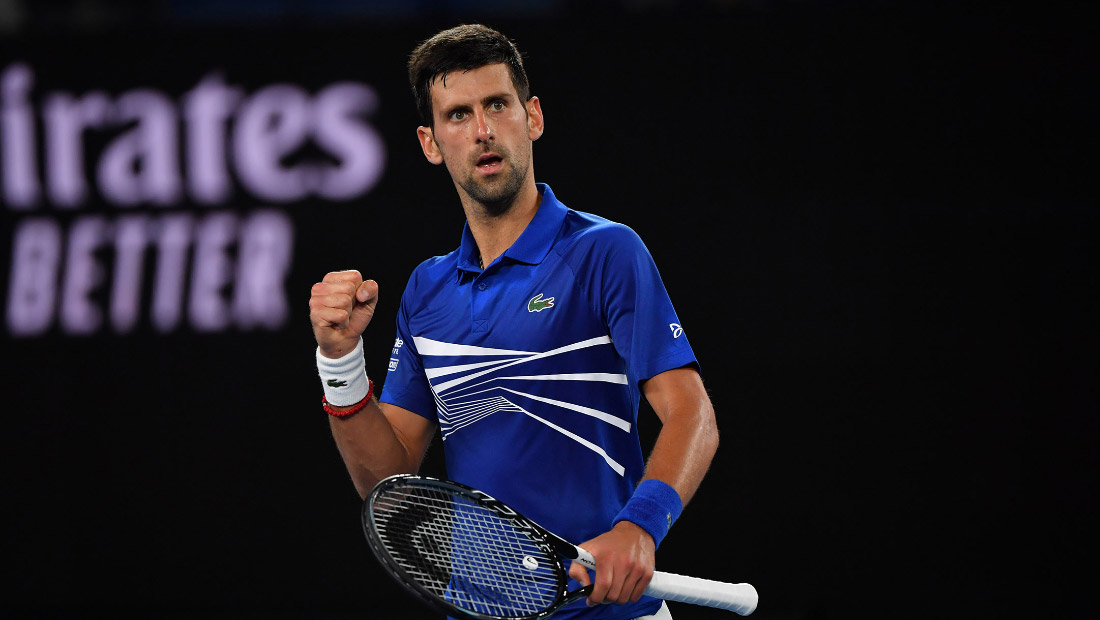 Nole continued his dominant streak at this year’s Australian Open for a place in his seventh final at Melbourne Park.

World no.1 Novak Djokovic put in a sensational performance, racing past 28th seed Lucas Pouille in straight sets 6-0, 6-2, 6-2 in just 83 minutes on Rod Laver Arena on Friday to power into his 24th major championship final (14-9 record).

It was a one-sided semi-final contest. Novak was a class apart from the first-time Grand Slam semi-finalist. The top seed broke the Frenchman seven times from 12 opportunities and won 84 per cent of points on his first serve.

Djokovic completely dominated the opener, racing through the set 6-0 in 23 minutes. He won 28 points compared to Pouille’s 12, and made just one unforced error.

The match continued to be one-way traffic as Nole broke twice in the second and third sets to wrap up the win.

“It’s definitely one of the best matches I’ve ever had on this court,” said Djokovic. “Everything worked the way I imagined. Tough one for Lucas, but he had a great tournament. He definitely has the quality to be a top10 player. It was his first semifinal, and the occasion is different, there’s more weight in the match. He’s going to get more of these types of matches in the late stages of Grand Slams.”

The two tennis greats have met only once at the Australian Open. It was the final showdown in 2012, when the Serbian star prevailed after five hours and 53 minutes to win the longest Grand Slam final of the Open era.

Looking ahead to the grand final with Nadal, Novak said: “These are the kind of matches that you live for: finals of Slams, playing the greatest rivals at their best. What more can you ask for? This is where you want to be. There’s so much at stake. Obviously making history of the sport that I love is an honour and is a privilege. It’s a huge motivation.”