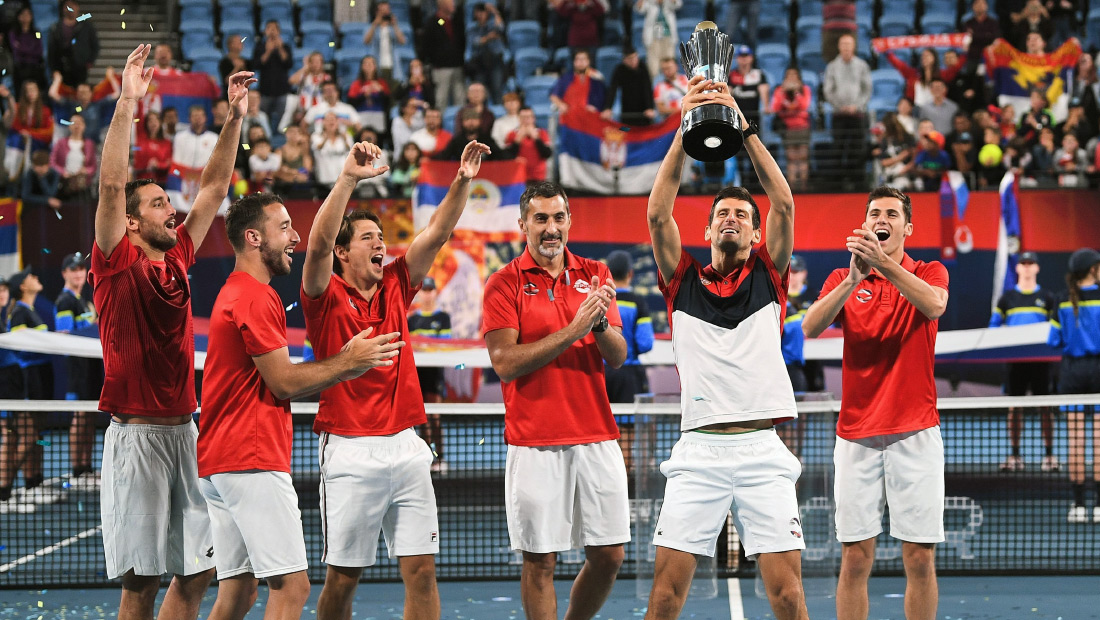 ATP Cup: Serbia in Group A with Germany and Canada

Draw for the 2021 ATP Cup has been made on Friday. The ceremony was hosted by Todd Woodbridge, with participation from Mark Philippoussis, John Fitzgerald, Jim Courier and Mark Petchey.

The teams are divided into four groups of three for the group stage. Each tie will be comprised of two singles and one doubles match.

Top seed and 2020 champion Serbia, which will be led by world no.1 Novak Djokovic, has been selected into Group A along with Canada (February 2) and Germany (February 4).

The group winners will qualify for the knock-out semifinals (February 5 at 07.30 CET).

Melbourne Park will host the ATP Cup this year, which will be played from February 2 to February 6.