ATP Dubai: Nole vs Pospisil in Round 1 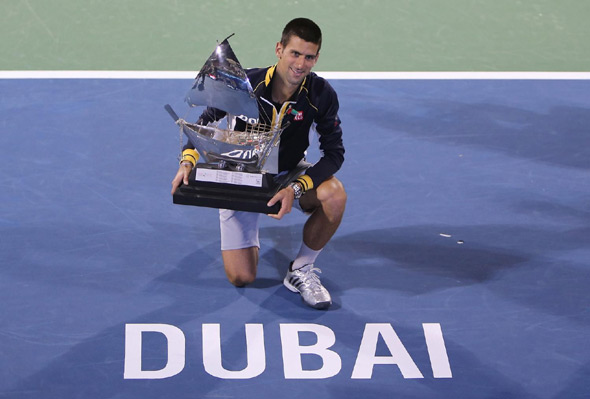 Four-time former champion and world no.1 returns to action next week in Dubai where he won the ATP World Tour 500 tournament in 2009-11 and 2013. The event takes place at the Aviation Club Tennis Centre from February 23 to February 28.

Novak is a top seed. He will open his 2015 Dubai Duty Free Tennis Championships campaign against world no.60 Vasek Pospisil (2-0 H2H) on Tuesday.

The 27-year-old Belgrade native could meet either Andrey Golubev (KAZ) or a qualifier in the second round.

The Serbian star is making his ninth appearance (30-4 record), aiming for his fifth crown.

As a warm up, Djokovic teamed up with Serbian hope Laslo Djere in the doubles competition. They lost to Indian/Canadian duo of Rohan Bopanna and Daniel Nestor 2-6, 5-7 in the first round.