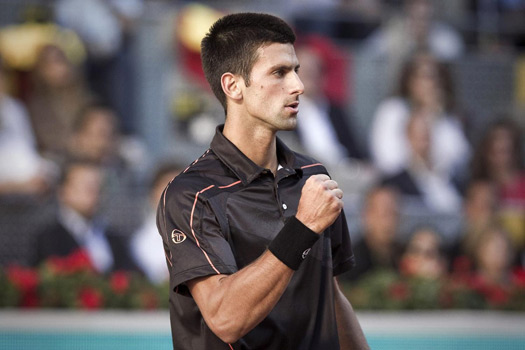 In the latest ATP list as of Monday, May 9, Nole is still ranked second with 10,665 points.

With the title at the Mutua Madrid Open, Novak has consolidated at number two in the ATP Ranking list and is getting closer to Spaniard Rafael Nadal.

Djokovic got 1000 points, while 45 points from last year’s Serbia Open semi-finals dropped off.

Nadal is still first with 12,470 points (he got 600 pts for yesterday’s final), but he will lose 1000 points on Monday, May 16, when the points for the last year’s Madrid Masters tournament will drop off.

If it happens that Nole wins Rome, and Rafa doesn’t reach semis, we would have a new number one next Monday!

Nole is first in the ATP race list, which leads to the ATP World Tour Finals in London. He has 5,985 points, and needs only 355 more to officially qualify for the WTF tournament.