ATP List: Nole on top of the tennis world with 14,720 points 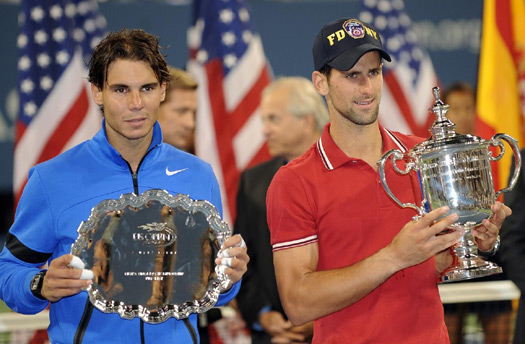 Nole’s impressive year continued on Monday when he added a third Grand Slam title to his remarkable 2011 season.

The 24-year-old Serb clinched a stunning victory over defending champion Rafael Nadal in one of the greatest duels in the history of tennis and proved beyond doubt that he is the world no.1 by a distance.

After winning the US Open in brilliant fashion , the most dominant player in the world strengthened his place atop men’s tennis increasing his lead in the latest ATP Ranking list.

Novak will be heading to Belgrade to join his teammates for next weekend’s Davis Cup World Group semi-final tie against Argentina which will be held from September 16-18 in Belgrade Arena. Serbia is the defending champion.

Enjoy one of the most beautiful points of the epic US Open final: