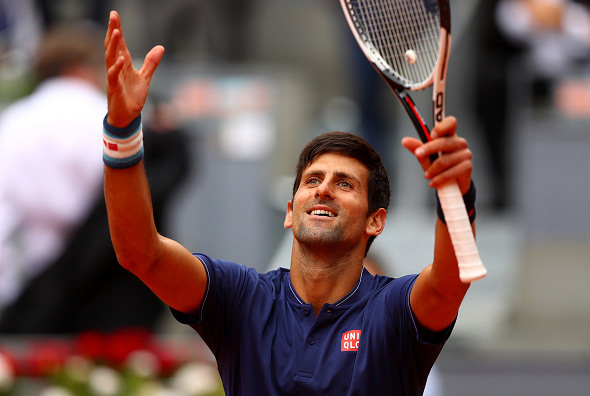 World no.2 Novak Djokovic won a third round battle against Feliciano Lopez, under a closed roof, at the Mutua Madrid Open on Thursday.

The defending champion recorded a 6-4, 7-5 victory over the 38th-ranked Spaniard in one hour and 33 minutes to advance into the last eight at the ATP 1000 event.

Nole broke in the final games of both sets and saved the only break point he faced en-route to his 16th match win of the year.

“The level was definitely very high today from both of us,” Novak said. “I think Feliciano played really well, especially in the second set. I wasn’t winning too many points on his service games until the last one, when I managed to return a lot of balls back in play and then win the match. One break was enough, 5-4, 6-5, both sets. At the end, 5-5, 0/30, we had a couple of really long points. I was in trouble, but I managed to get my way out of it with some great gets. That pumped me up.”

Novak will take an 11-2 H2H mark into Friday’s quarter-final clash against no.6 seed Kei Nishikori of Japan (12:00 noon CET). Djokovic has won their last 10 meetings.