ATP Rankings: Novak finishes year as no.1 for the third time 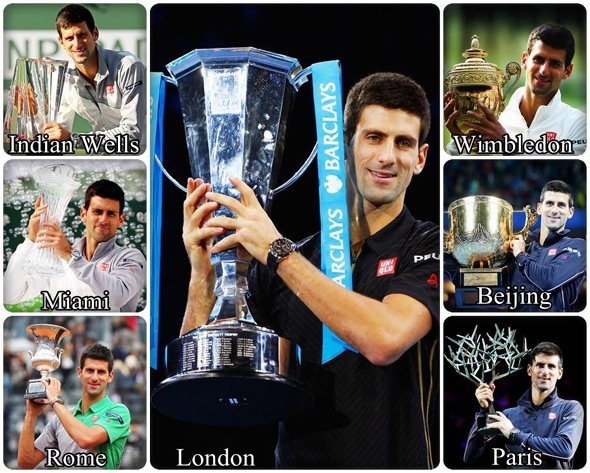 With extraordinary performance in four matches at the Barclays ATP World Tour Finals in London, Novak secured his year-end no.1 ranking for the third time in four years.

“Looking back on the whole year, it’s been more than impressive for me. I’m at the pinnacle in my career and I’m very motivated to keep on playing on a very high level. As long as it’s like that, I’m going to try to use years in front of me to fight for world no.1 and for the biggest titles in the sport,“ said Novak. “Roland Garros is and was and still will be one of the biggest goals that I have. I’ll keep on trying. Any Grand Slam win is another page in the history books of this sport. Of course, being no.1 is also one of the biggest challenges and biggest goals a player can have.”

The Belgrade native is spending his 121st week ranked no.1, which is seventh-most.

The world no.1 heads the line-up with Caroline Wozniacki, Malek Jaziri, Nenad Zimonjic, Goran Ivanisevic, Kristina Mladenovic and Marin Cilic in the team.