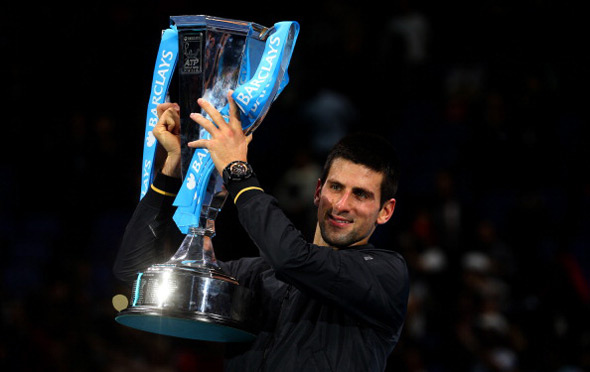 By reaching the 2013 Wimbledon final in July, Novak qualified for the Barclays ATP World Tour Finals for the seventh year in a row.

The world’s biggest indoor tournament begins on Monday, November 4, at the O2 Arena in London, and will be played until November 11.

It is a round robin format with eight players divided in two groups of four.

Novak is placed in Group B, with Juan Martin del Potro, Roger Federer and Richard Gasquet.

The defending champion and no.2 seed will open his campaign on Tuesday at 20.00 local time (21.00 CET) against the Swiss.

The winner of each group will be placed in separate semi-final brackets, with the top player in Group A playing the runner-up in Group B and vice versa.

The world no.2 won all five matches at the prestigious tournament last year. He beat Jo-Wilfried Tsonga, Andy Murray, Tomas Berdych, Juan Martin Del Potro and Roger Federer 7-6 (6), 7-5 in the final, becoming the ninth player to win the World Tour Finals at least twice. He defeated Nikolay Davydenko for the 2008 title in Shanghai.