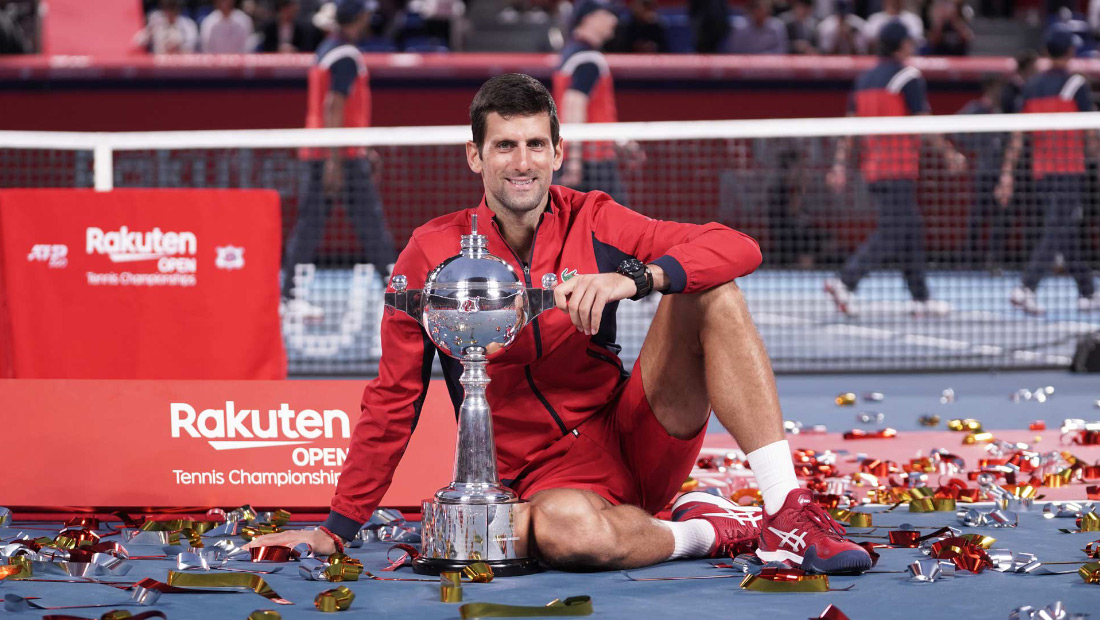 World number one Novak Djokovic won the Tokyo title on his tournament debut with a 6-3, 6-2 victory over Australian qualifier John Millman in the final.

The Serb has now won 76 titles in his career. He has also won the Australian Open, Madrid Masters and Wimbledon this year.

Novak took a 3-1 lead in the opening set and from there he dominated proceedings. Millman didn’t have enough firepower to break down Nole’s defensive walls, which led to more errors from his racquet, and the top seed took full advantage of it, breaking twice more.

The Serbian star, who won an extraordinary 87% of his first service points and didn’t face a single break point in the 69-minute match, calmly served out for victory.

It is the 10th time Novak has lifted a trophy on his main draw debut at a tour-level event. He dropped a total of 15 games in his last three matches in Tokyo.

“It was a fantastic week. I didn’t drop a set, I played really well,” said Novak. “I felt great on the court, felt very welcomed by the Japanese people, off the court as well. Just overall, a great experience. I’m going to Shanghai with great confidence and hope I can finish the year in style.”

The 16-time Grand Slam champion earned 500 ATP Ranking points to move within 1,460 points of Rafael Nadal in the ATP Race for year-end no.1.

Novak goes into the Rolex Shanghai Masters as defending champion. He will open campaign against either Frances Tiafoe (USA) or Denis Shapovalov (CAN) in R2.