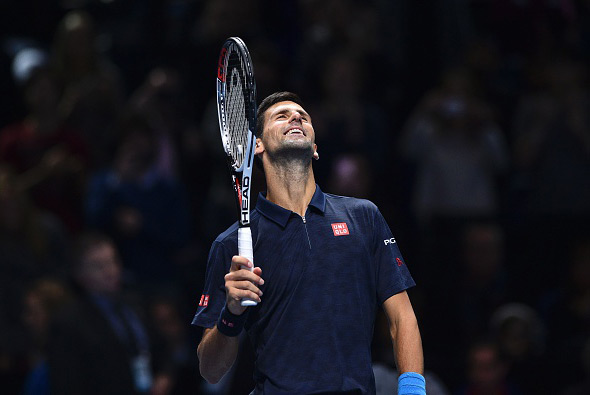 Novak will play for his fifth straight title at The O2 and sixth crown overall!

The Serbian tennis star is back to his very best and has come through the semi-final match in comfortable fashion, extending his H2H record against the Japanese to 11-2.

Novak successfully executed his dominant game plan from the baseline and did not allow his opponent to find rhythm. The Belgrade native was perfect 9/9 on net approaches. He broke six times from 11 opportunities and saved two of three break points he faced.

“I started off very well and got a 4-0 lead and I pretty much executed everything I tactically planned to do. That helps when you are playing a top player. Kei was obviously tired and not at his best tonight,” said Djokovic. “My level had been going in the right direction. I’m very glad I get to experience this feeling on the court.”

Sunday’s contest between second-seeded Novak and top seed Andy Murray (18:00 local time / 19:00 CET) will be the first occasion in history that the year-end no.1 ranking is on the line at the title-match of the season finale.

The Brit fought off a match point before prevailing over Milos Raonic 5-7, 7-6, 7-6 in three hrs and 38 minutes, the longest three-set match at the ATP World Tour Finals since 1991.

On the battle for no.1 against Andy, Nole said: “Now it’s coming up to the last match of the year. The match everybody anticipated. I hope we get a great final. There’s two of us on the court so let’s try to be able to enjoy the occasion. This has never happened in the history of tennis. I’m privileged to be part of the history. This is one of the biggest matches we will ever play against each other.”

Djokovic is seeking to extend his reign atop the year-end ATP Rankings with a third straight no.1 finish and fifth overall.