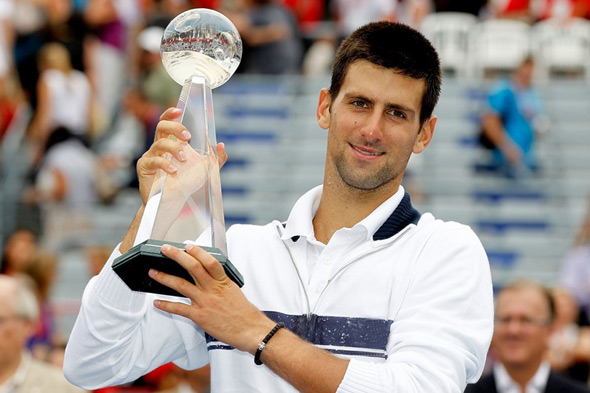 The sixth ATP World Tour Masters 1000 event of the season, Rogers Cup presented by National Bank, will be played from August 6 to August 12 in Toronto.

Novak is a top seed and has a first round BYE. He will face world no.49 Bernard Tomic in the second round.

The 2012 Australian Open champion will look to retain the Canadian Open title he won a year ago in Montreal with a 6-2, 3-6, 6-4 victory over American Mardy Fish. The 25-year-old Serbian has won 11 ATP World Tour Masters 1000 trophies and is bidding to win his second of the season after victory in Miami.

Nole also won Rogers Cup in Montreal in 2007, becoming the first player to beat the world’s top three players (Roddick, Nadal and Federer) in one event since Boris Becker in 1994.

Roger Federer and Rafael Nadal pulled out of next week’s event.