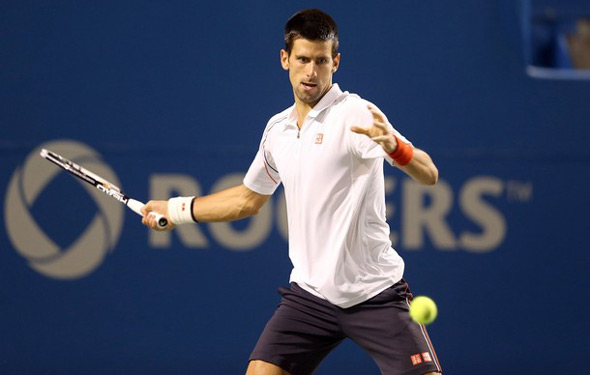 Singles draw for the Western & Southern Open, an ATP World Tour Masters 1000 event in Cincinnati was made on Friday. The tournament begins on Sunday, August 12.

Nole is no.2 seed and has a first round BYE. This will be his eighth appearance in Cincinnati.

He will face world no.27 Andreas Seppi in the second round. Seppi beat Robin Haase of Netherlands 6-4, 6-4 in Round 1.

Novak leads 8-0 against the Italian.

Last year a sore shoulder forced him to retire in the second set of the final match against Andy Murray.