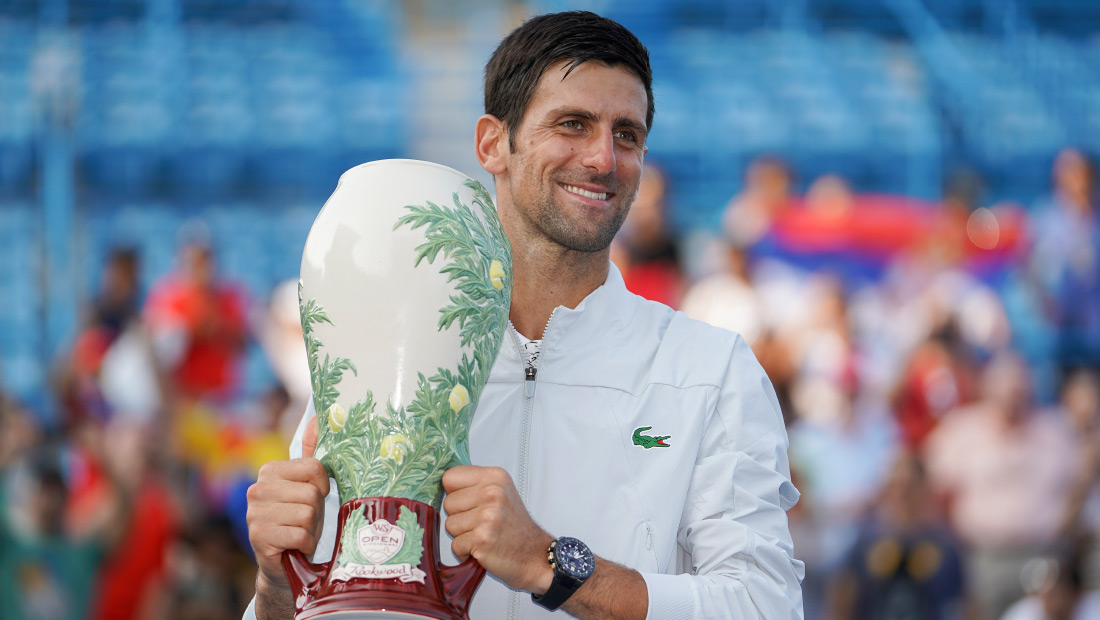 Singles draw for the Western & Southern Open, the seventh ATP Masters 1000 event of the season, was made on Friday. The tournament is taking place at the Lindner Family Tennis Center (August 11-18).

Novak is no.1 seed and has a first round BYE. He will open his title defence campaign against world no.45 Sam Querrey (USA, H2H 8-2).

After five runner-up finishes in Cincinnati, Novak claimed the historic crown in 2018 to become the first singles player to achieve Career Golden Masters. The Serbian star clinched his first Western & Southern Open title with a 6-4, 6-4 win over Roger Federer in the final.

After the Cincinnatti Masters, Novak will be among the celebrities and athletes headlining the 24th annual Arthur Ashe Kids’ Day in New York (August 24). The reigning US Open’s men’s champion will then participate at the final Grand Slam event of the season, the US Open (August 26-September 8).